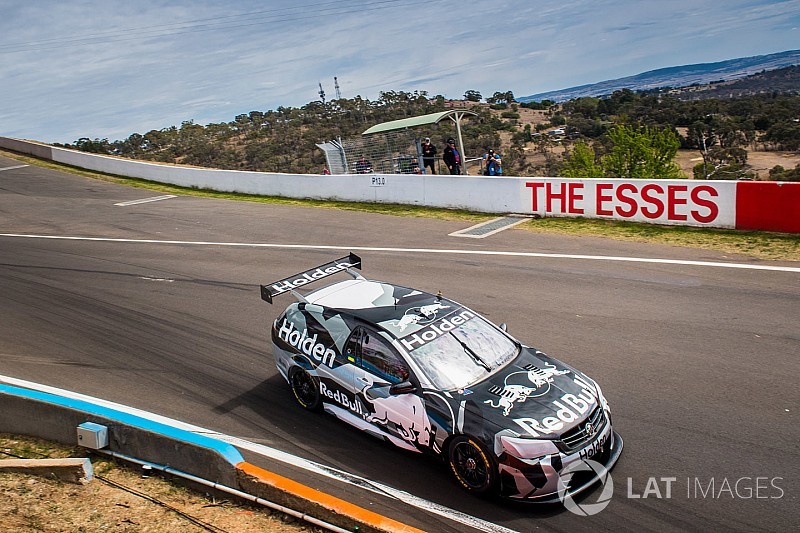 A fresh set of aero tests could be a determining factor as to if and when the much-touted V6 engine makes its Supercars debut this season, according to Triple Eight boss Roland Dane.

Dane's front-running squad is at the forefront of the development of the new twin-turbo engine, which is set to replace the traditional V8 package next season.

Before the wider roll-out in 2019, Dane is hoping to field a V6-powered car as a Wildcard entry at selected rounds later this year – including a Bathurst 1000 campaign with Porsche young gun Matt Campbell.

The V6 car could even appear earlier than Bathurst. However Dane refuses to commit to a timeline just yet, claiming that it's not just dependant on the engine development itself, but a fresh round of aero testing for the recently homologated ZB Commodore bodyshape.

"There's always variables in something like this, and we need to have a clearer idea of where we'll land with everything in the development cycle before I put my hand up and say 'right, bang, we're going to be here'," he said.

"But don't forget, it's not only us. Supercars have got to come to the party in terms of aero testing because it'll be new front [bodywork]. The splitter will be different, the grille will be open, and it'll have bonnet vents for the intercooler exit.

"So that necessitates a different aero test and we need Supercars for that. I'm relying on them as well as us."

According to Dane it's that packaging and cooling that presents the biggest challenge, with horsepower easy enough to come by from the GT3-based unit.

"Getting the power out of a V6 turbo is not the issue," he added.

"You don't need to be a rocket scientist to understand that we could very easily turn up and blitz everyone with a V6 turbo because it's incredibly easy to get more power than [a V8]. The average bloke around here with a Skyline has got more power than [a Supercar]! Crazy as it sounds...

"That will be for Supercars to manage, but for us it's more about the environment – the cooling of it, the packaging, and also driveability. Those are the big things for us."

Dane added that, when it does come to racing the V6 unit, monitoring boost levels will be key, as is the case in GT racing.

"We won't be allowed to go over it.

"[Supercars will] keep a very close eye on our boost levels. It's very easy to spike a boost level. Especially if you spin up on a kerb or something.

"Supercars will be all over that aspect of it, but the basic power level is already determined."

Inside Line recap: Tinder in Townsville

Best of the banter – Supercars Eseries Round 1