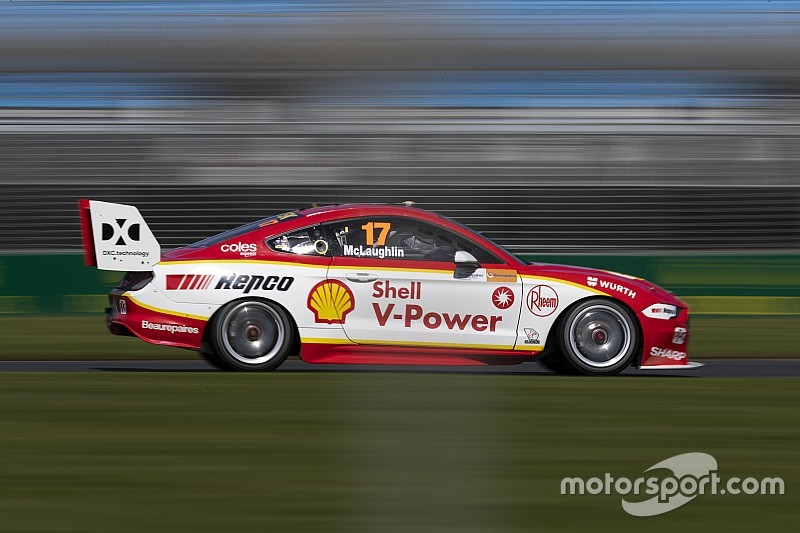 Scott McLaughlin remains unbeaten in the 2019 Supercars season, after cruising to victory at Albert Park in what was the 1000th ever race for the series.

The DJR Team Penske driver was never troubled across the 13 laps, comfortably pulling away from Tickford Racing pair Chaz Mostert and Cam Waters to set up his fourth consecutive win of the season.

The final margin over the pair of Tickford Mustangs was 2.5s, with McLaughlin now holding a perfect points score of 450.

"The team did a great hob. I felt like I executed really well myself and hit my marks and controlled the gap to the end.

"I'm careful with my left-front; it's hard on the fronts around here, you don't want to pop them. We had a nice gap there where I could just bring it home."

Mostert came home second, however his race was less straightforward. A sloppy start saw him drop from second on the grid to fourth on the first lap behind Waters and Red Bull Holden driver Jamie Whincup.

It took just four laps for Mostert to clear Whincup, a well-executed move into Turn 13 making it an all-Mustang top three.

He then set after teammate Waters, a small mistake on the run to Turn 3 opening the door for Mostert to get up the inside into the corner and hold on around the outside of Turn 4 to slot into second.

Waters and Whincup came home third and fourth, followed by another pair of Mustangs driven by Fabian Coulthard and Will Davison.

The second-best of the Holdens was David Reynolds in seventh, with Tim Slade eighth, and James Courtney and Shane van Gisbergen separated by just two-tenths back in ninth and 10th.