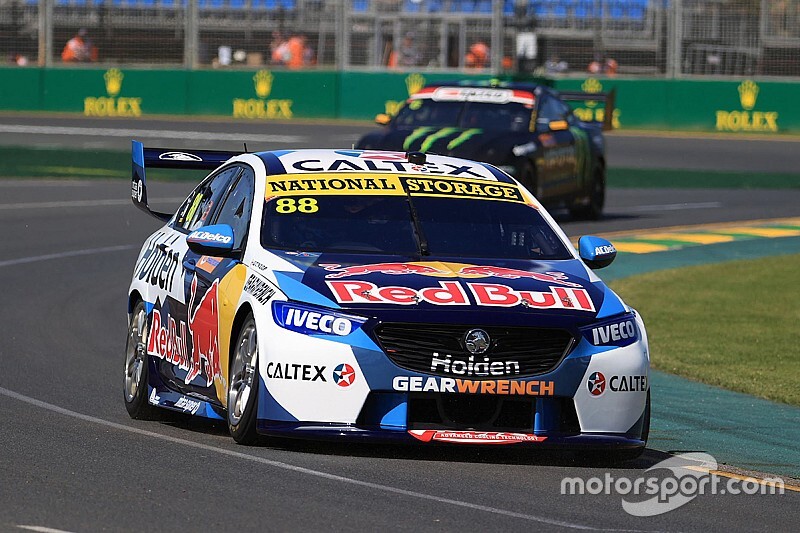 Almost a third of the half-hour session was lost to a red flag, caused by Scott Pye rolling to a stop with an electrical fault after 12 minutes.

To that point both Whincup and teammate van Gisbergen had only run the hard compound Dunlop, which left them sitting 13th and 14th respectively.

They then jumped to the top with a soft tyre run at the flag, Whincup's 1m56.419s edging van Gisbergen by just under two tenths.

Lee Holdsworth was third fastest, the Tickford driver leading a gaggle of Mustangs that used the soft tyre early in the session.

That included Jack Le Brocq, Andre Heimgartner and Will Davison, while Fabian Coulthard's seventh spot came thanks to a soft tyre run after the red flag.

Rick Kelly was eighth, Chaz Mostert the third-best of the Holdens, and best of the hard tyre runners, in ninth.

Scott McLaughlin, meanwhile, finished up 13th on the times after aborting a final lap that was purple in the first sector and green in the second.

A second 30-minute practice will follow at 1:35pm local time.