Alex Davison to drive for Erebus in Sydney 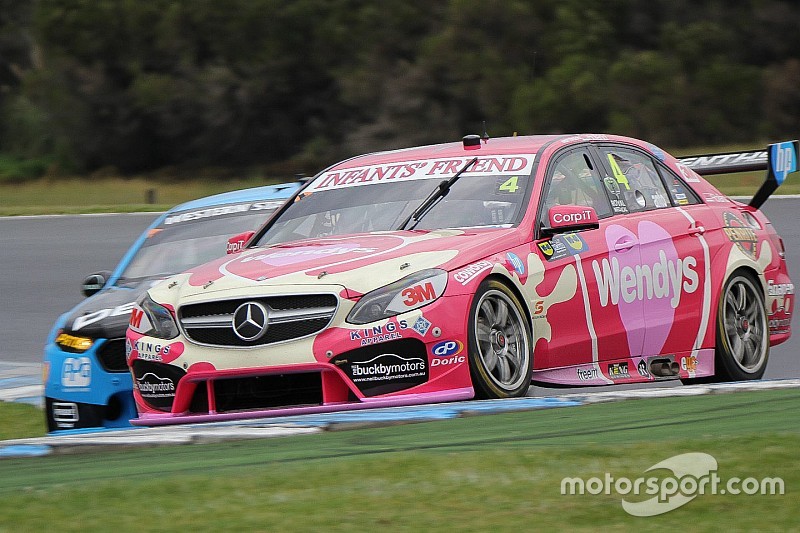 Ash Walsh has been benched by Erebus for a second round in a row, with Alex Davison set to drive the #4 Mercedes at Homebush this weekend.

Rookie Walsh was first sidelined for the Phillip Island event a fortnight ago, with Dean Canto taking over the car for the penultimate round.

The team has opted for experience again for the season finale in Sydney, with endurance driver Alex Davison to race the #4 entry on the streets of Homebush this weekend.

That means it will be an all-Davison affair in the Erebus garage, with Alex’s brother Will making his last start for the team before switching to Tekno.

“I'm excited to get back into a V8 Supercar at a sprint event, as opposed to an endurance event which is what I've been doing the last few years," said Alex Davison.

“I've driven for Erebus for the past two season in the enduros, and I have a really good relationship with the team, so I can't wait to get stuck into the weekend.”

Part of a development plan

According to the team’s general manager Barry Ryan, using more experienced drivers to close out the season is part of a development plan.

“We have a development plan in preparation for 2016 and beyond, and we are focussed on it,” explained Ryan.

“Dean did exactly what we asked of him at Phillip Island, however he doesn’t have experience at Homebush. Alex, who finished eighth in 2013 when he last raced at Homebush, is the perfect choice for the team’s requirements this weekend.

“We are one of three manufacturers who have won races this year, but we need to be a front running team week in, week out.

“Our overall development program reaffirms our commitment to our team, sponsors, and fans. We hope that substituting Ash over the last two rounds of the season with experienced drivers will prove productive for our program.”

Perkins to replace Percat in Sydney