Alex Premat put DJR Team Penske on top in a wet co-driver practice at the Bathurst 1000. 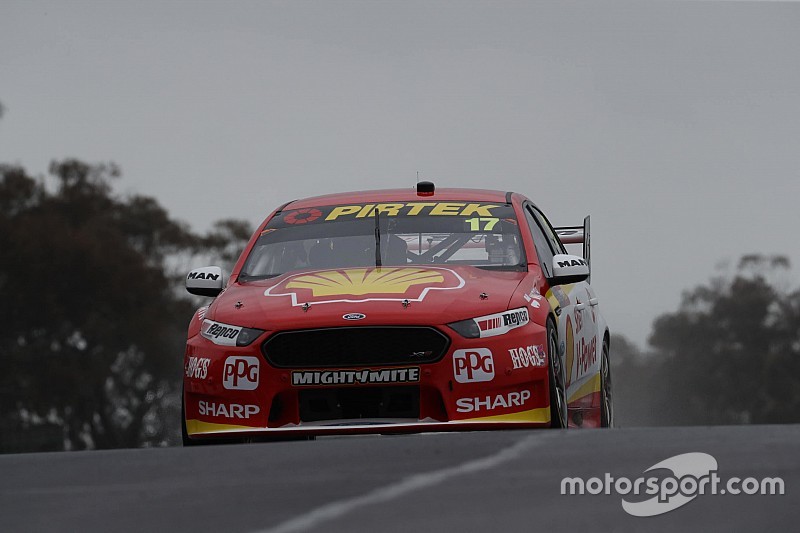 With rain coming and going throughout the session there was very little movement at the top of the times, a 1m35.826s from Nissan driver Garry Jacobson locking out P1 right up until the final couple of minutes.

That was when Premat put in a two-lap stint to go fastest, first moving up the order to third before a 2m35.182s secured top spot.

“It was pretty good. We were going through a process, a plan,” said the Frenchman.

“I would say at the end it was harder because there were only a few cars driving and there was more aquaplaning in the straight line.

Jacobson's time was good enough for second, ahead of Triple Eight's Earl Bamber, who also set his best time inside the first quarter of an hour.

Tickford's Dean Canto was fourth, with Penske's Tony D'Alberto making a late gain to slot into fifth despite some concerns over the gearbox.

“I felt it was a little bit notchy on the downshift,” he said.

“I don’t think there was anything majorly wrong, but if you don’t report it today and it affects you on Sunday, you’d be kicking yourself.”

With weather conditions predicted to improve before Sunday, and primary drivers set to be in the cars for qualifying tomorrow, a lot of the crews kept running to a minimum.

Three cars didn't venture out at all, Tekno's Jono Webb and Erebus drivers Luke Youlden and Will Brown all opting to stay dry in their respective garages.

With Erebus having pulled the same trick this morning, neither the #9 or #99 Holdens have turned a single lap so far.

Nissan's Dean Fiore, meanwhile, had his running limited to two laps by an engine problem.

“We were looking for a little issue and found a big one," said Nissan team manager Scott Sinclair. "It’s a good time of the weekend to find it, so we’ll change it and get back out."