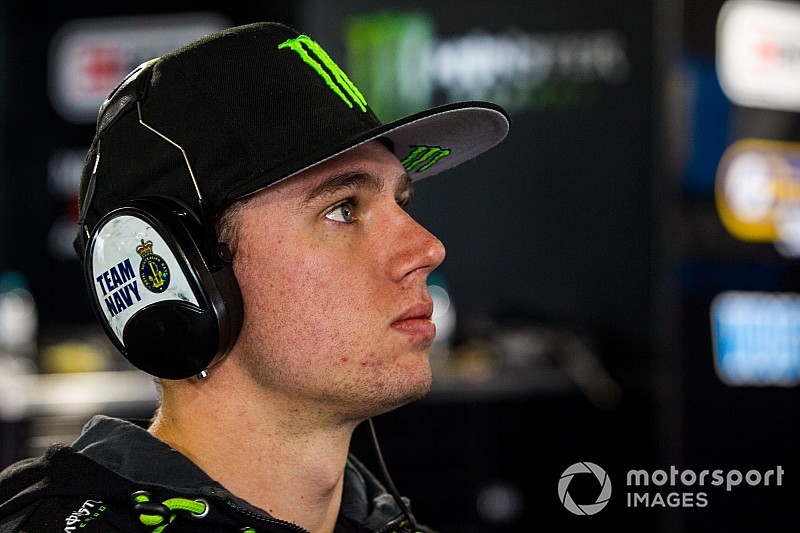 Cam Waters has slammed Tickford teammate Chaz Mostert after contact between two of the team's Fords in the early stages of the Bathurst 1000.

The #56 and #6 entries clashed shortly after the first round of stops at Mount Panorama, Waters having handed over to co-driver David Russell while Mostert had jumped in after James Moffat started the race.

Mostert looked to make a move on Russell at Forest's Elbow, but but after clipping the inside wall ran straight into the side of the Monster Ford.

Russell managed to limp back to the pits, the car now facing a lengthy repair.

With Waters and Mostert having clashed during last year's Bathurst 1000, the former was left fuming by a second consecutive run-in with his teammate.

"D-Russ just got out there,” Waters said on the broadcast.

“I don’t know what Chaz was doing trying to pass him and put him in the fence.

“Pretty dumb, 30 laps into the race. Two years in a row, got taken out by Chaz.”

He was also caught venting to Russell, who was sitting in the car repairs began, on the in-car camera mic: “Sorry man, we just got f**ked up by our f**king teammate."

The incident was investigated, but stewards have confirmed there will be no further action.