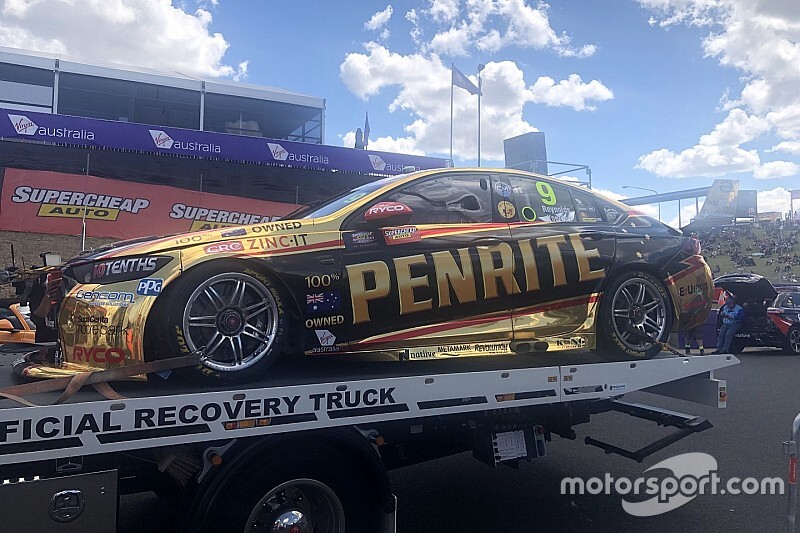 Erebus Motorsport is confident it can have its crashed #9 Holden repaired before tomorrow's crucial qualifying session for the 2019 Bathurst 1000.

The impact recorded more than 20G, Youlden requiring a trip to the medical centre for tests but escaping serious injury.

The team is now set for a long night working on the wrecked Commodore, with tomorrow's qualifying session, scheduled for 4pm, considered a realistic target.

"It’s extensive damage but it’s nothing we can’t fix," said team boss Barry Ryan. "The target now is just to get out for qualifying."

Ryan added that no off-site assistance, such as a chassis rig, will be required during the repair.

"An oxy torch and a hammer and we’ll be pretty good," he said. "Cutting tubes, replacing tubes, straightening rails, replacing lots of parts...

"The rear is the same. Roll bars, roll tubes at the rear as well, but it’ll be alright.

"I think the worst parts are actually okay, the things that can put you out for the weekend are okay.

"But we’re still assessing it. At the moment it looks like it’ll be right. Twenty four hours, I reckon."

But Ryan's not worried about the lost running, predicting the car will still be fast enough to be a front-runner come qualifying.

"We know the car is fast, it doesn’t matter who’s driving it," he said.

"As long as Dave gets out and qualifies it on the front-row and Luke has two half-hour sessions Saturday, we’ll go racing, it’s as simple as that.

"The car is fast, qualifying is where we need to be, the rest doesn’t matter. Two one-hour sessions tomorrow don’t mean nothing because the car is fast."