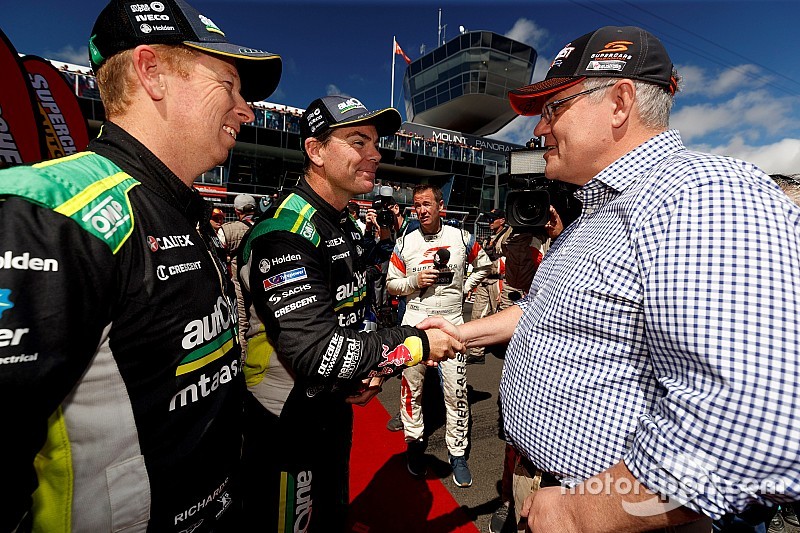 A Bathurst 1000 racegoer has been slapped with a $500 fine for calling Australian Prime Minister Scott Morrison a 'f**king muppet' at this year's Great Race.

According to Bathurst paper The Western Advocate, Tasmanian man Allan Maccaul verbally abused the PM during a visit to Bathurst on race day morning in October.

While Morrison was greeting fans behind Garage 1 at the Mount Panorama circuit, Maccaul reportedly called the PM a "f**king muppet" twice before being warned by Protection Operations Unit officers.

When he proceeded to do it again he was placed under arrest by police, who later also found small amounts of cannabis and LSD in his backpack.

Maccaul, 26, didn't show up to face the charges in court, however he was convicted of behaving in an offensive manner, penalised by a $500 fine, and two counts of possessing a prohibited drug, each worth a $400 fine.