Scott McLaughlin set a new Mount Panorama benchmark in final pre-qualifying practice for the Bathurst 1000, as Jamie Whincup ended the session in the wall. 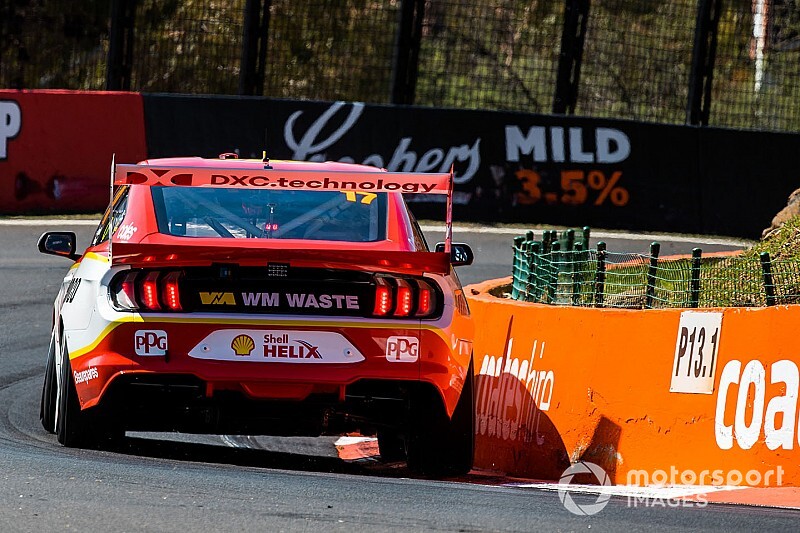 Having lowered his own record from 2017 in practice yesterday, McLaughlin took another chunk out of the benchmark with an incredible 2m03.481s.

That put him almost three-tenths clear of his Thursday lap, and left him 0.5s ahead of the field heading into this afternoon's qualifying session.

"It was a full-on lap and then you get told on the radio the team wants you to go a bit faster in the first sector. It’s like ‘come on boys, give me something!’,” said McLaughlin.

“You’ve got to have some sort of feel in case it is dry for qualifying.

“I’m not sure if it’s going to be wet as well. I’m within my limit, I am being safe, but I’m hanging on to a point where a 3.4, it’s pretty fast across the top for anyone.

“It’s cool to be there, but I think there’s more in it yet.”

While it was all good news for one outright contender, another ended up in the fence.

Whincup was caught out when Richie Stanaway spun in front of him heading into The Dipper, the #888 Holden ending up in the wall after narrowly avoiding the GRM car.

The seven-time series champion had been gearing up for a qualifying simulation, the crash leaving him down in 14th for the session.

"I saw Richie go in as I came over Skyline," Whincup explained.

"If you look at it on TV it all looks pretty flat there, but it’s massively downhill. I just tried to scrub off as much speed as I possibly could while going around him. Going around means you’re in the marbles as well.

"It hit the wall. Not massive, I’d had a lot worse, [but it] smashed the front-left corner.

"Rear has got the camber knocked off it, but hopefully it’s not transaxle or anything like that.

"I’m pretty confident we’ll be out for qualifying. I tried to give the boys as much info as I could so we can start preparing.

"The front splitter is smashed across and it just kooks like a rear trailing arm at the back as well."

Stanaway's car was also left with reasonable damage from his impact.

Adding to the drama was a late off for the Walkinshaw Andretti United wildcard car, Alexander Rossi firing the Holden into the gravel at the first corner with four minutes to go.

Following a lengthy red flag for the Whincup/Stanaway clean up, officials elected to not restart the session after Rossi went off.

That left Andre Heimgartner in second, the Nissan driver becoming the fifth driver to join the so-called 'Threes Club' with a 2m03.985s.

Qualifying, which will determine both who makes the Top 10 Shootout and positions 11-26, kicks off at 4pm local time.