The Kostecki Brothers Racing wildcard entry took an early trip into the wall during practice four at Mount Panorama, courtesy of a steering rack-stop that was mistakenly left in the car. 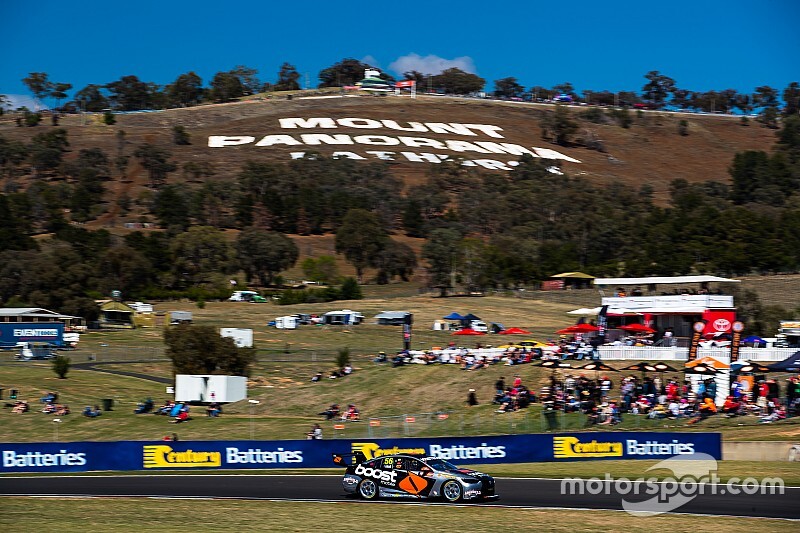 Jake Kostecki arrived at Griffin's Bend on his out-lap only to find he couldn't turn right, resulting in a low-speed trip into the outside wall.

The car was swiftly recovered and returned to the garage, where it was discovered that one of the rack-stop hadn't been removed.

Used to centre the steering during set-up work, the rogue stop meant the Kostecki Holden would turn left but not right.

It was the second crash for the KBR wildcard, Kostecki having slapped the wall during practice two yesterday.

“I think one of the guys accidentally left the rack-stop in, but mistakes happen,” he said.

“I made a mistake yesterday myself, so we’ll get it fixed up and be out there as soon as we can.”

The car returned to the track before the midway point of the all-co-driver session, Kostecki ending up 22nd.

That wasn't the only low-speed crash this morning, Thomas Randle nosing the #5 Tickford Mustang into the wall at the Elbow with 20 minutes to go.

Randle was able to extract the car under his own power, the damage limited to some cosmetic bruising on the front bar.

He was able to improve after the shunt, Randle ending up fifth fastest in the session with a 2m05.379s.

It could have been even better, Randle going purple in the first sector on his final run before straight-lining the dipper and aborting the race.

That left Will Brown as the pacesetter, a 2m04.981s leaving the Erebus driver 0.03s clear of Tickford's Michael Caruso.

“It was awesome. It makes it pretty easy when you’ve got a car that good,” said Brown.

“Anton [De Pasquale] set it up great and I can’t thank the boys enough. They don’t tell me anything until I get back here, so really good to see we’re P1.”

Garth Tander and Tony D'Alberto were third and fourth, Randle followed by a trio of Nissans – Bryce Fullwood, Alex Rullo and Dean Fiore.

“I did battle a little bit mentally going into it," he said.

"What am I going to do? I can’t be too slow, and can’t be too aggressive there either, so I just built up to it.

“There’s plenty more in it obviously, but I just wanted to make sure it came back.”