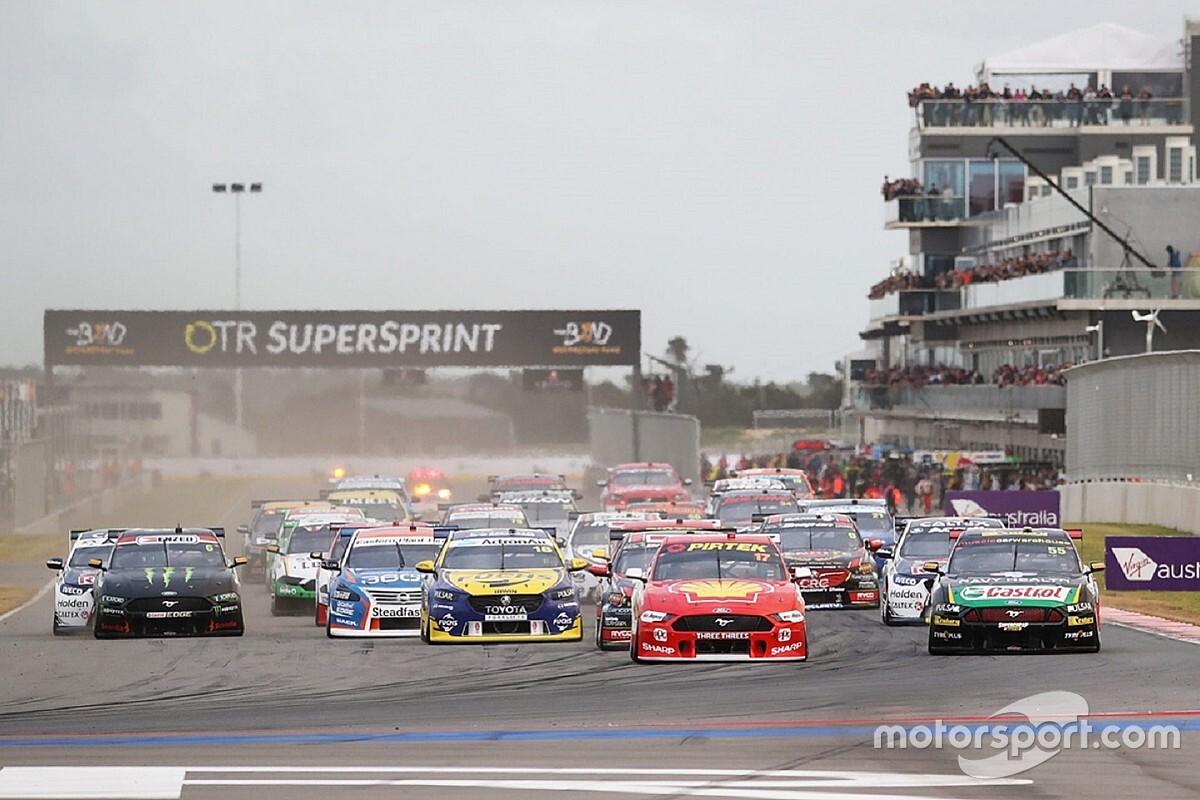 Scott McLaughlin put in a measured performance to beat Supercars rival Chaz Mostert to Race 1 honours at The Bend.

It was an action-packed opening lap to the 120-kay race, starting with Thomas Randle and Macauley Jones clashing at the first turn at the back end of the field.

There was mid-pack drama five corners later, an awkward rub between Rick Kelly and James Courtney sending Will Davison into a spin, only for his Tickford Mustang to be collected by Simona de Silvestro and Todd Hazelwood.

Things were much cleaner at the front, McLaughlin grabbing an early lead after out-dragging Mostert to Turn 1.

The two Mustangs ran at a margin of just over a second for the first seven laps, at which points Mostert dived into the lane in a bid to undercut the leader.

McLaughlin responded a lap later, limiting the undercut effect just enough to emerge from his sole stop with a very narrow lead.

Mostert was able to initially put pressure on the effective leader, a couple of fastest laps closing the gap to a couple of tenths.

However as the second stint settled down McLaughlin reclaimed control, the lead hovering at around 1.1s for the majority of the run to the flag.

It wasn't until the closing handful of laps that the gap ballooned out, McLaughlin coming home 7s clear after Mostert was forced to back off and save fuel.

"I knew the start was going to be the key, and that was probably the best start for me for the year," said McLaughlin.

"[The car] was just hooked up and got going.

"But [there's been] a lot of hard work behind the scenes, I've been working hard on my fitness and on the preparation side for Tailem Bend, as [have] the team for the car.

"I’m just proud that it all came together."

Expanding on his fuel dramas, Mostert said: "Oh look, I think there was plenty but [I was] just being cautious. You never want to come across the last couple of corners and have a big cough.

"The guys know their numbers but they are never 100 per cent, so yeah, when the alarm is flashing at you, you just back out of it."

Anton De Pasquale finished a distant third, the Erebus driver a whopping 25s off the leaders.

Cam Waters and James Courtney finished ninth and 10th, with Jamie Whincup recovering to 11th after an early off at the first turn.

Fabian Coulthard could only manage 12th in the second Penske Ford, which means McLaughlin's championship lead is now a commanding 514 points.

Mostert now sits third in the standings, albeit 552 points behind the leading Kiwi.