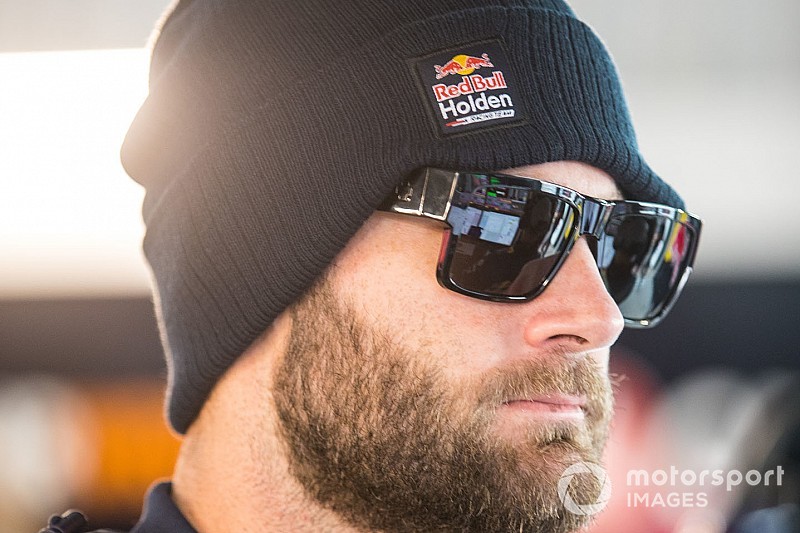 Shane van Gisbergen was forced to battle a nasty eye infection during last weekend's Winton Supercars round, believed to have been sparked by his 30th birthday celebrations in New Zealand a week earlier.

The Kiwi celebrated the milestone back home in New Zealand with a series of dirt track races organised by him and his close friends.

There was a painful side effect to the celebrations, however, van Gisbergen carrying an eye condition into the Winton weekend, understood to have been caused by dust exposure.

He was first seen wearing sunglasses while spectating the additional drivers practice on Saturday morning at the Victorian circuit, held in grey, wet conditions, before briefly running the sunnies under his helmet when he jumped behind the wheel for the first open practice session.

While he was able to battle through, ending the weekend with a fifth on Saturday and a seventh on Sunday, Dutton said there was no doubt it would have affected his performance.

"It doesn't look that great. It's just red. As far as I know, it's from the dirt racing for his birthday," he said.

"The poor fella, you could see it was hurting and aggravated all weekend.

"His vision was fine, he was just in a little bit of pain and it's a distraction you don't need.

"I think it has to [impact performance]. When everyone is at that level of performance, if you're dropping a bit of your attention and focus because you're hurting a bit, it has to do something.

"I think he's good enough to minimise how much it was doing, and we're not using it as an excuse at all, but I think it would be naive to say it was doing nothing."

Eye infections aside, Dutton said the birthday celebrations were a complete success – and have inspired chat about building a similar makeshift speedway in Queensland.

"I think it might end up being costly, because now we've got to buy some land and do it more often," he joked.

"It was so much fun, so well organised by Shane and all of his mates. Really, really good weekend."