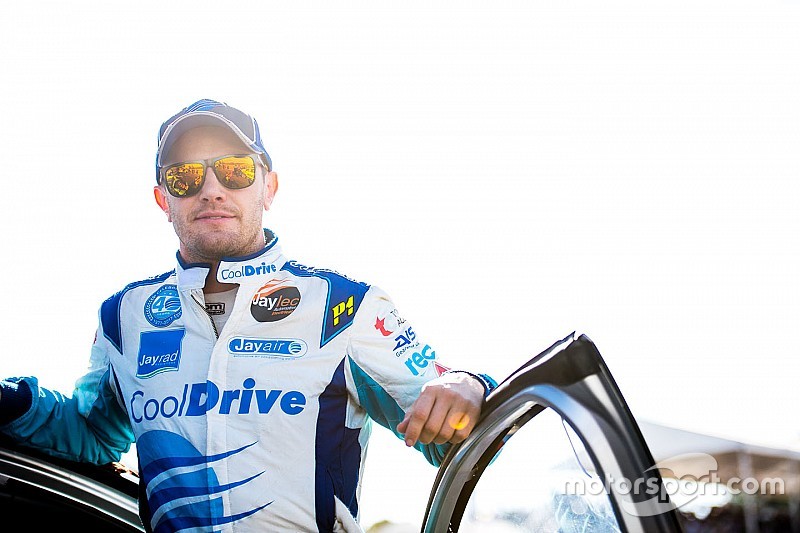 Tim Blanchard will retire from full-time Supercars racing at the end of this season, opening the door for Macauley Jones to join the grid in 2019.

Blanchard will step down from a full-time driving at the end of the current season, the 31-year-old deciding to focus on a team manager-style role and look for an enduro drive for the long-distance races.

His decision follows a total of four seasons as a Supercars full-timer, the former Australian Formula Ford Champion struggling to get a foothold in Touring Cars despite an impressive junior category CV.

“It is obviously a very tough decision to step down from full-time driving, but a decision I have made myself and one that I am comfortable with," said Blanchard.

“Supercars is more competitive than ever before with very little separating the entire field, nevertheless the results haven’t been to the standard I would like, therefore I had to start thinking about what changes needed to occur for this to change and what I wanted to achieve personally longer term.

"I have a keen interest in the management side of the sport and am keen to start exploring that."

Blanchard made his full-time debut in Supercars with Dick Johnson Racing in 2013, before joining LD Motorsport for the enduros in 2014 and then as a full-timer in 2015.

In 2016 Blanchard shifted to Brad Jones Racing, taking over the third entry underpinned by a Jason Bright-owned Racing Entitlements Contract.

At the end of the 2016 season Blanchard purchased the REC that had been owned by Super Black Racing, continuing to run as a third BJR entry while Bright took his REC to Tickford.

Blanchard has confirmed he will leave the REC at BJR next season, as he moves into a team manager style role.

“The purchase of the REC was always part of a longer-term plan that included post my full-time driving career," he said.

"Tim Blanchard Racing will continue it's association with BJR in 2019 and I will be involved in ensuring that TBR is set up for a long and successful stint within Supercars.”

As for the driver of the BJR/TBR entry, Macauley Jones is widely-tipped to take over the seat.

The son of team owner Brad Jones has been a front-runner in Super2 for the last two seasons, has been a regular in the team's enduro line-up, and has made a number of main game Wildcard starts as preparation for a full-time promotion.

While a Jones deal is expected, Blanchard maintains no firm decision has been made on the driver.

“We are still working out who will drive the TBR entry in 2019," said Blanchard. "I had to decide on my own driving first, and now that decision has been made we will work on assessing all realistic options in the coming weeks.”

Blanchard is understood to not be locked in to drive his own car at the long-distance Supercars race, which means he could play a significant role in the 2019 co-driver market.