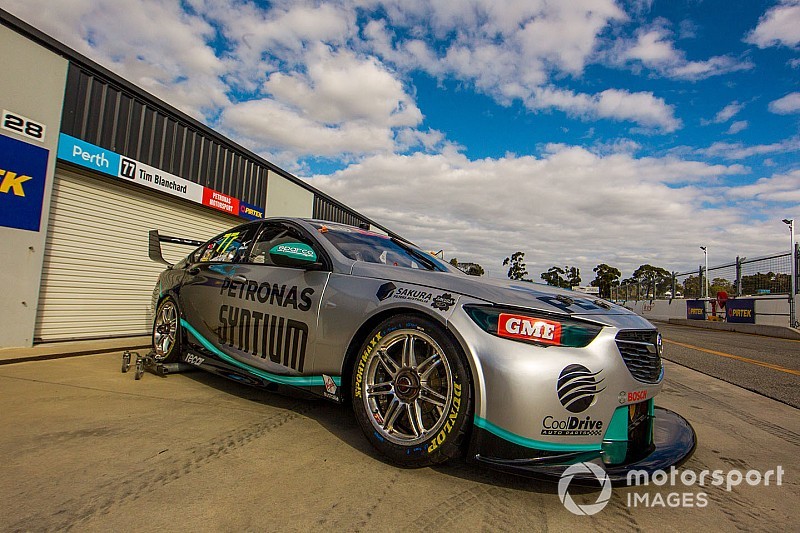 Tim Blanchard will return to the Super2 Supercars series in Townsville next month.

The former Supercars full-timer was a regular in Super2 between 2010 and 2012, finishing his rookie season second in the points and securing the Mike Kable Young Gun prize along the way.

He's now set to return to his Supercars roots with a one-off appearance at Townsville next month, the same circuit where he took his first Super2 round win nine years ago.

Blanchard will run under the same Petronas backing that he used for his main game wildcard appearance in Perth earlier this season, however this time he'll be in a Brad Jones Racing VF Holden, rather than a ZB.

According to Blanchard, the Super2 outing is all part of his preparation for the Supercars enduros, when he'll partner up with BJR ace Nick Percat.

“I’m looking forward to joining the Super2 grid in the Petronas Motorsport colours at Townsville," he said.

"I’ve raced against a few of these guys before, and with many of them being in co-driver positions this year I think it’ll be a lot of fun and undoubtedly competitive. There’s a lot of talent in the group.

“I’ve had success at Townsville in the past; it’s a track I really enjoy racing at. The section of kerbs through those final few turns are punishing for the cars, but pretty fun to tackle as a driver.

“I haven’t driven one of the VF Commodores for a while now, so there will be a few little niceties missing from what I’d gotten used to in the ZB. The race formats will also a be a bit shorter than what I’m used to.

"For me, it’s all valuable seat time in the lead-up to the endurance cup."

The Super2 series is currently being led by MW Motorsport Nissan drivers Bryce Fullwood and Zane Goddard, while Blanchard's fellow BJR co-driver Ash Walsh is third in the standings.

Why an ambitious Holden squad must sign Mostert for 2020