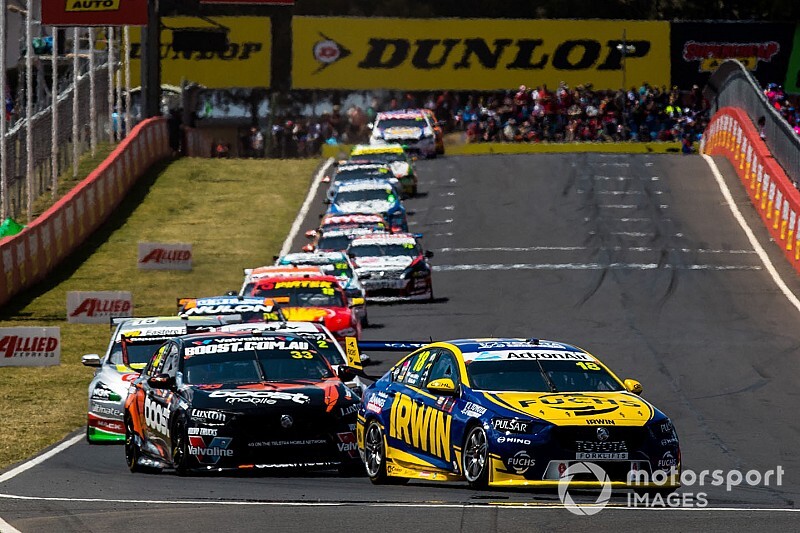 Boost Mobile boss Peter Adderton says he'll fund a category-wide move to a control upright in Supercars, in a bid to level the playing field.

Adderton, a long-time campaigner for more control components, met with Supercars over the Bathurst 1000 weekend to lobby for a control upright move as he assesses where to place his sponsorship for 2020.

Uprights are largely considered the final frontier engineering freedom in the category, with a control chassis, gearbox and tyres already in place and aero and engine power heavily homologated.

A control damper is also expected to be introduced for 2020.

While a control upright move is considered unlikely for next year given at this late stage of the current season, Adderton is campaigning on the basis that it's a crucial move to help the likes of Garry Rogers Motorsport – which Boost currently backs – take on the bigger teams.

And he says Boost is willing to put its money where its mouth is.

"We are prepared to sit with Supercars and look at potentially funding the uprights for all cars," said Adderton.

"It is an imperative to even up the playing field at a time when we should all be looking to make racing better across the board.

"Were it not for incidents at yesterday's race, the factory teams would have lapped the rest of the field, largely in part due to technical advantage. This is simply not good for the sport we care about, and I don't understand why they're willing to have consistency across the engine, rear-end, damper, tyres, aero and centre of gravity, but when it comes to the upright, all the manufacturing teams goes quiet.

"We want the sport to be the overall winner here. It is full of amazing drivers throughout the field who aren't showing their talent because the cars are fundamentally not equal. The upright looks to be the last thing that the teams can tweak, where you can invest a lot of money and get an advantage.

"This is not about giving the Boost Mobile Racing Team an advantage. We are fighting for everyone else. We have spoken to most people on pit-lane, and the consensus is that this needs to happen and would be a great step forward for parity.

"Nobody is willing to say it and do it, we will take the hit for the betterment of the sport.

"Uprights need to be a controlled experience, not for 2021, for 2020, especially if we are willing to essentially invest in the sport to help deliver this.

"I'd love to see 15 cars coming down the final straight banging doors, and if our car is 15th after that, I'm fine with it."