Bright/Prodrive arrangement “not a customer deal” 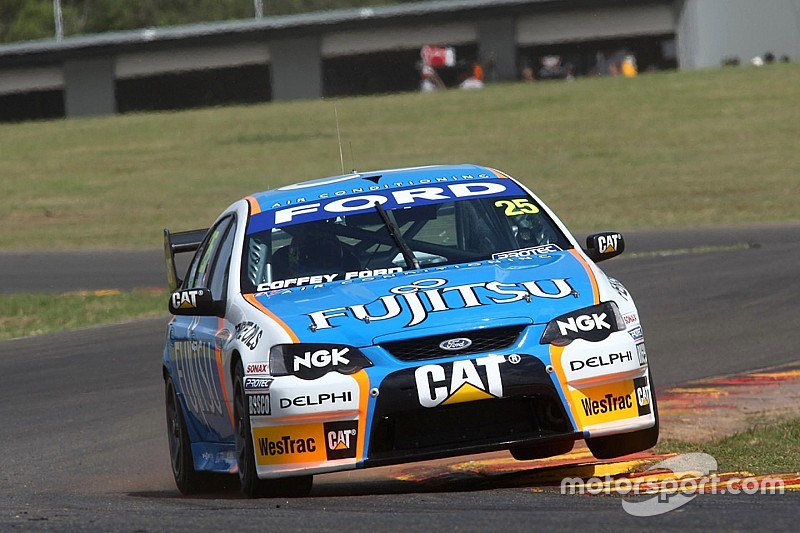 Jason Bright’s Prodrive Racing Australia Ford will be run as an integrated part of the team, not a strict customer outfit, according to both the driver and team.

It has now been confirmed that Bright will join the Prodrive outfit for the 2017 Supercars season, taking the Bright-owned Racing Entitlements Contract that has been serving as the entry for the third car at Brad Jones Racing to run as a fourth Ford at PRA.

However, the new deal will differ somewhat to the Super Black Racing setup that PRA has been involved with for the last two seasons. While that operated as a standalone outfit that effectively employed PRA to run a car, Bright’s deal will see his Ford run as a fully-integrated part of a four-car PRA team, not just providing hardware but servicing all facets of the REC.

“The difference for us is that it’s not a customer operation,” PRA team boss Tim Edwards told Motorsport.com.

“We’re controlling it more ourselves, rather than for somebody else. It’s similar to what Rod [Nash] does; his RECs aren’t leased to PRA, he just brings them to PRA and uses them as part of the operation.”

For Bright, being able to set up the deal in that fashion was a large part of the attraction to head to PRA.

The 43-year-old runs a successful trade franchise business away from the track, and given he wants to keep driving himself was wary of work load when it came to finding a new home for his REC.

“All along I’ve tried to make sure that it doesn’t require any more work load than what I’ve got [at BJR] at the moment,” Bright told Motorsport.com.

“I still want to concentrate on driving, and let other people worry about the business of making sure the cars runs properly, and the sponsorship is there to run it properly.”

While Bright didn’t race under his own REC at BJR, this isn’t his first crack at being an owner/driver. He set up his own Britek team when he joined Ford Performance Racing (now PRA) back in 2005, before switching to Britek as a driver in 2007 in part due to testing restrictions that came as part of his involvement with FPR.

Britek existed as its own team until Ford backing dried up at the end of the 2008 season, Bright shedding one REC while taking the other to Stone Brothers Racing on a customer deal.

When Bright joined BJR a year later, the REC came with him, and has since been run in-house as a third entry for the likes of Karl Reindler, Dale Wood, and Tim Blanchard.

Looking back on Britek’s former guises as both a standalone team and in customer situations, Bright says the sport is much better equipped to deal with technical and commercial links between teams and RECs than it was in the past.

“I enjoyed that period [as a standalone team], to a certain extent,” Bright said. “Any team that’s got the right budget to go out there and manufacturer and design their own stuff, and do it properly, that’s a lot of fun.

“At the time the rules didn’t really favour teams being a customer team. You were limited with test days and things like that. Whereas now they’ve seen the error in their ways, and it’s obvious by the amount of teams that are customer teams now that it’s the way to do it.

“I don’t intend on taking my REC and doing any manufacturing or looking elsewhere other than an existing team. I’d rather team up with a team that’s already competitive, and find the sponsorship on the back of their results rather than go out there and try and do it all by myself.

“If you look at the way Charlie [Schwerkolt] does it with a full customer programme, or the way Tekno does it, it’s a lot easier to be competitive – hence Tekno winning Bathurst. You couldn’t do that in the past. Now you can be part of a bigger team, and go and do all the testing, and run a programme that’s very strong.”

According to Edwards, Bright bringing his REC to PRA doesn’t just fill the gap left by the outgoing Super Black entry. Having him as a fully-functional part of the PRA driver line-up will be good for the team as a whole, he says, as it looks to hunt down 2016’s form team Triple Eight.

“Brighty is technically one of the best drivers there is out there,” added Edwards.

“Frosty (Mark Winterbottom) learnt a huge amount from his when he first joined the team when they were teammates for a couple of years, so it will be good to have someone of his experience in the team.

“And as we all know, Brighty is just a good bloke, so the guys will all enjoy having him around. It will be a good fit.”