Ryan Briscoe says he'd love to return to Mount Panorama in a competitive capacity, and that both the Bathurst 12 Hour and Bathurst 1000 are options for the future. 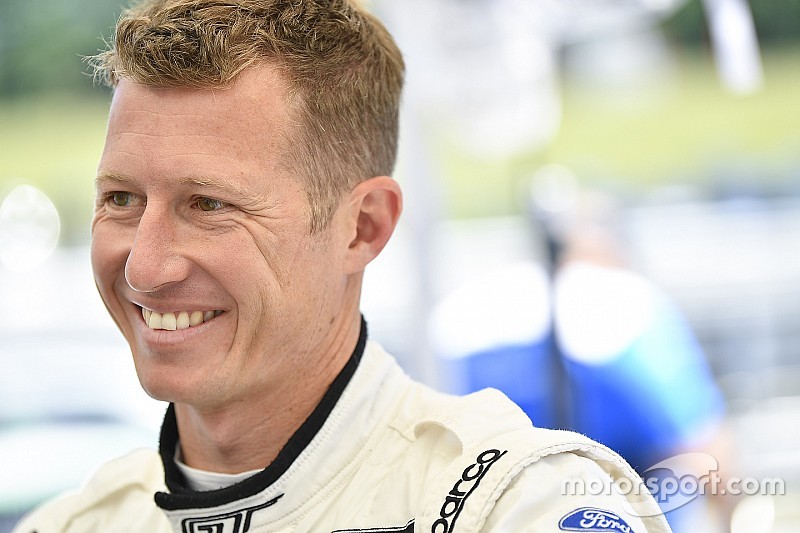 The IMSA racer is set to make his first appearance at Mount Panorama in five years this week, taking the wheel of the Ford GT for a demonstration run.

However he's also got one eye on a competitive return to the famous Aussie track at some point, Briscoe open to both adding to his three Bathurst 1000 starts, or making a first appearance at the Bathurst 12 Hour.

The sticking point for the 12 Hour is that Ford has no official GT3 programme, which means a seat would have to come outside of his manufacturer deal.

That would be no issue in terms of the 1000, with Ford in the process of reestablishing a works Supercars programme with the new-for-2019 Mustang.

However the 1000 comes with the complication of requiring significant commitment for the three long-distance races.

Despite the hurdles, Briscoe says he's keen on making something happen in the future.

"The Bathurst 12 Hour is on the immediate radar, except for Ford not having a car in the race at the moment.

"The Bathurst 1000, for sure [a return is possible]. I just love it. But they've sort of made it difficult for co-drivers that are racing outside of Australia, because to do Bathurst you have to do the triple enduro thing.

"Last time I did it was 2013 and I was doing IMSA at the same time, and it's just such a big commitment flying back and forth. You've got races either side of races, and if you're running for a championship you just run yourself into the ground. You don't give [the Supercars team] your best either, because you're just getting on and off planes.

"But I'd love to do Bathurst again."

Briscoe made his Mount Panorama debut way back in 2006 for the Holden Racing Team alongside Jim Richards, although the pair's campaign only last 12 laps thanks to Richards hitting the wall.

He then re-joined the Clayton squad under the Walkinshaw Racing banner in 2010 alongside Andrew Thompson and again in 2013 with Russell Ingall, that third and final appearance the only time he's made the finish of the Great Race.