Caruso will race the #33 GRM Holden as a stand-in for Stanaway, who has been on the sidelines since the Sunday race at Winton thanks to a recurring neck injury.

His place was taken by current GRM enduro driver Chris Pither for the second race at Winton and both hit-outs in Darwin, with the vastly experienced Caruso – who debuted as a Supercars full-timer with GRM back in 2008 – now returning to help guide the squad during what's proving to be a difficult season.

The one-off deal has come with the blessing of Ford team Tickford Racing, which has locked Caruso down for this year's endurance races.

"It’s going to a blast to get back in one of Garry’s race cars for the Townsville race weekend,” said Caruso.

“I have such fond memories racing for GRM. There’s so many familiar faces there, it really feels like home.

“This would not have been possible without the approval of Tickford Racing, so I really have to thank Tim Edwards and his crew for allowing me the chance to drive at Townsville with GRM.

“Personally, it’s going to be great to get more laps in ahead of the endurance races. I haven’t raced since the final round at Newcastle last year, but I’m sure it won’t take long for me to get my head back into race mode.

“It’s a shame that Richie is continuing to struggle with his injury, so I’m aiming to do any best for the team and bring home some decent team’s points.”

GRM boss Garry Rogers admitted he's frustrated with not having a fit Stanaway at his disposal, however also welcomed the man he nicknamed 'Robbo' during his time with the team back to the GRM fold.

“It is frustrating for the team having to bridge the gap until Stanaway is healthy enough to resume his fulltime driving,” said Rogers.

“I am conscious of the complexities of Richie’s injury. After speaking to the expert medical people this is more than a stiff joint.

“I am grateful to Tickford Racing for allowing Robbo to take the seat at GRM. Robbo started his Supercar career here in 2008 and during his time we had some good results with a win at Darwin.

"I believe that his experience and driving skills could help us to improve our current performances.” 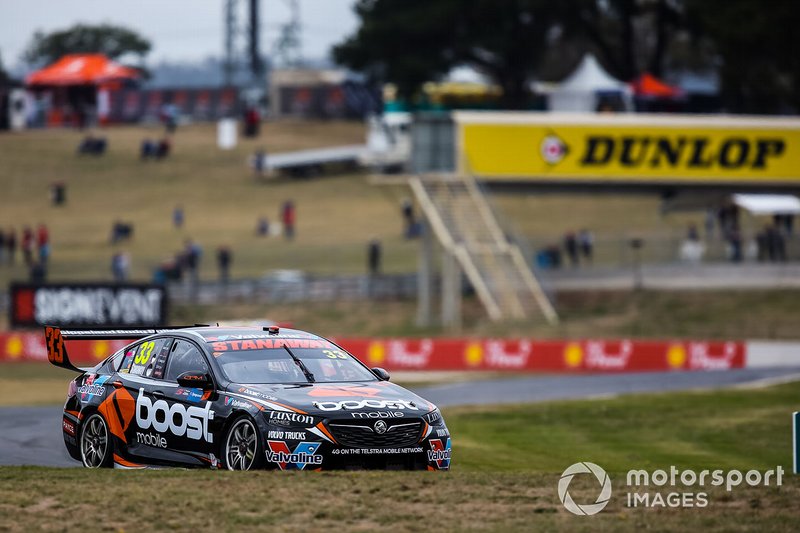