There will be two Castrol-backed Nissans in the field at this weekend's Bathurst 1000, with the oils giant throwing its support behind the Andre Heimgartner/Aaren Russell Altima. 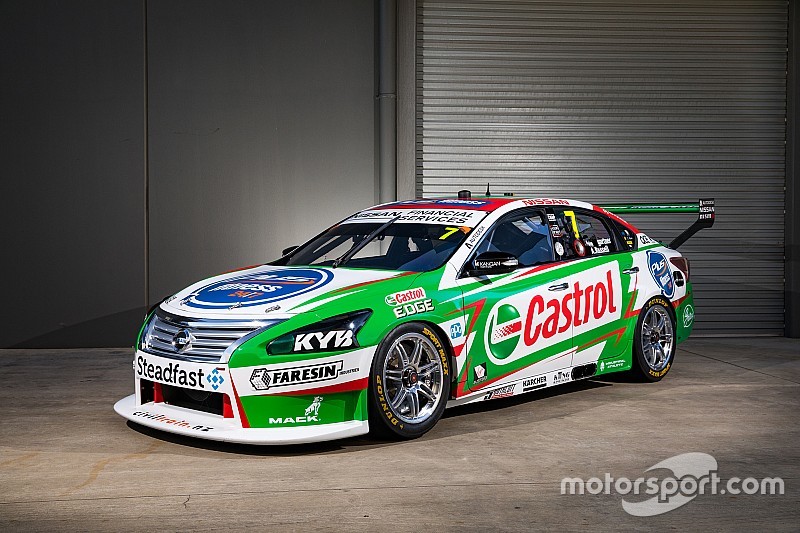 Coming off the back of a surprise qualifying race win at the Sandown 500, the #7 Altima will run Castrol colours similar to what Rick Kelly has been running so far this season.

That means there will be a pair of Castrol cars in the Nissan line-up, with Kelly and co-driver Garry Jacobson running a 1990s-inspired livery.

“Rick’s livery was well received when it launched in Adelaide and it’s exciting to bring this back at the biggest event of the year to complement the Perkins-inspired livery.

“It provides us with an old and new theme through the team and a great story to tell for Castrol during the event.

“Hopefully both Aaren and I can continue Rick’s good form with a strong result on Sunday."

Nissan Motorsport is heading to Bathurst confident it can fight for the team's first Bathurst win outright and the brand's first since 1992.

Ford GT to race Falcon and Mustang at Bathurst