Coulthard on Bathurst controversy: "That's not my style"

Fabian Coulthard says he wants to clear his name amid accusations of foul play during the Bathurst 1000. 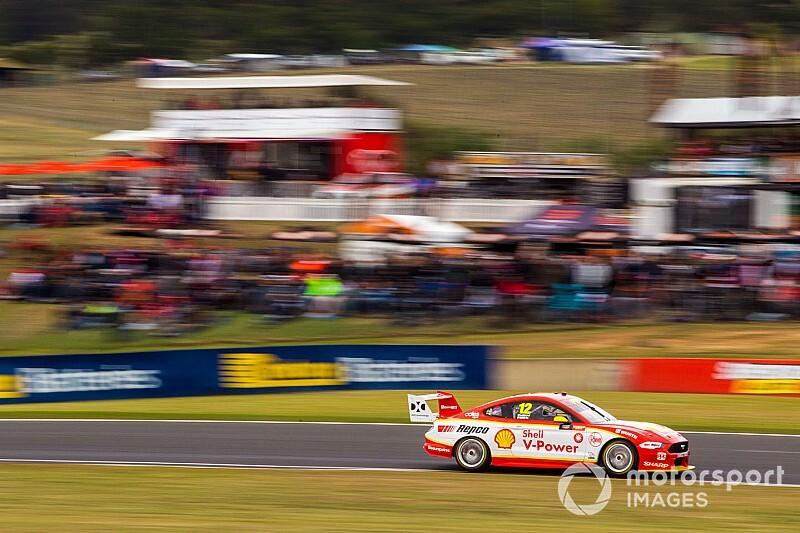 The DJR Team Penske driver was running third, two spots back from teammate Scott McLaughlin when the Safety Car was called on Lap 30 to recover Alexander Rossi's beached Holden from the outside of the final corner.

Under the guise of an overheating problem he crawled back to the pits, a train of cars on his tail, which allowed his teammate to make his stop and clear the lane before he arrived.

While the team did open the car's bonnet to assess any engine issues, race officials still slapped him with a drive-through for not maintaining an appropriate distance behind the Safety Car.

Now dealing with a barrage of angry fan reaction regarding the controversy, particularly regarding what effect it may have had on Shane van Gisbergen's race, Coulthard wants to clear his name.

He says he was merely following a team instruction, the implications of that only becoming clear once the race was over.

"For me, the Safety Car came out and I was told to slow up and take extreme caution," he told Motorsport.com.

"We had an overheating drama at the same time. I slowed up and did what I was told.

"I'm getting absolutely smashed for something I was told to do.

"We're out there racing, I don't know what's going on with strategy and others peoples race and all that stuff. I'm only getting a download now of how things played out.

"Whatever it is, I need to clear my name. It's not my style. I don't race like that, I'm a clean racer.

"To see what I'm reading, I'm getting pretty shafted for it.

"I'm as passionate as the next bloke about going racing. With what's played out today, up to now I'm the scapegoat."

"It's pretty obvious what happened," he said.

"I still would have had to fight it out with Jamie [Whincup] and Scotty, which would have been awesome.

"It is what it is. That car has been the sacrificial lamb all year."

DJR Team Penske boss Ryan Story stopped short of admitting it was a tactical move, arguing that the raised bonnet during the stop proves there was a mechanical issue.

"Hey look, we got a penalty for it," he said. "But the bonnet was open for a reason, the thing was cooking.

It wasn't just the outright leaders who were affected by a slow-moving Coulthard, David Reynolds, who finished the race fifth, claiming he almost hit James Courtney when the train checked up.

"I think we were on for a better result until Fabian held everyone up. That hurt us a little bit," he explained.

"I nearly shunted into the back of Courtney. You go through the dipper and accelerate, and then I had to get on the brake and go down a gear.

Roger Penske, in Bathurst to watch his squad finally conquer the Great Race, was unmoved by the issue, adamant that the best car still won the race.

"I'm not sure that made the difference on who's going to win the race," he said.

"We can look at it and talk about it, but it's secondary as far as I'm concerned when you think about what happened at the end.

"Everybody had a chance. When that was all over, the two top guys had a chance to duel to the end and the outcome was what we wanted."