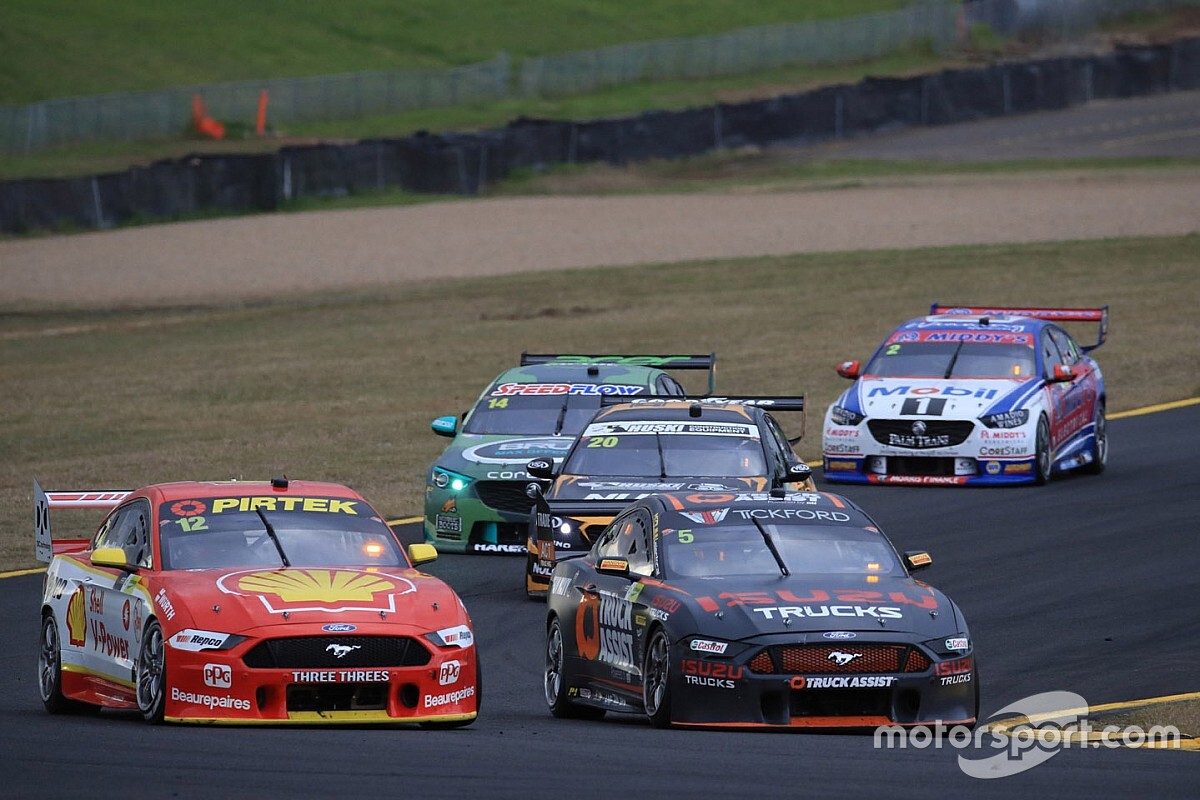 Fabian Coulthard is anticipating an upswing in car speed when he returns to Sydney Motorsport Park for a second consecutive Supercars round this weekend.

The DJR Team Penske driver endured a difficult resumption to the 2020 season at SMP last month, finishing the three races with a 10th, a 15th and a DNF due to a crown wheel failure after running 16th in the finale.

In contrast his teammate Scott McLaughlin won two of three races and finished the other one in third.

Having said at the time the lack of pace was the result of not rolling the car out close enough to the set-up window, Coulthard is now confident things will be better this time around.

He reckons the DJRTP crew has come up with some new ideas heading back to the Sydney circuit, and that this time around will be a "different story".

“We never run away from a fight," he said.

"We had good quali pace [last time], struggled in the races a little bit, but lots of good thoughts within the organisation for what we can do to improve and make our cars better.

“We just suffered from a lot of push in the races, but obviously there was not a lot of time to think on your feet last time we were there. Obviously in between events we’ve had a lot of time to go over a few things, look at the data and stuff like that, so I think going back this time will be a different story.

“It’s very rare to go back to a track back-to-back and have the ability to see if the things you think worked actually worked, so I’m pretty excited, pretty motivated to get back there. Like I said earlier, never run away from a fight. We didn’t have the best race car but I’m pretty motivated and excited to turn that all around."

Coulthard clarified that he was still a fan of the rapid-fire format Supercars rolled out for the first Sydney round, despite it not giving him the best chance to find the right race set-up.

However he also feels the scheduling will play less of a role this time around, thanks to having combined Super2/Super3 races on the bill as well.

“I don’t think it was a bad thing having not much turnaround time," he said.

"Obviously we have got to adapt and go with the times, and last event was probably unique in the sense that we had no support categories, so we needed to make the entertainment factor good and keep people engaged in a TV sense for the duration of the qualifying and races.

"So I think that situation of a short turnaround was very rare.

"I think it will come back to being a bit more normal this time, having support categories at Sydney Motorsport Park. That will give us a little bit more time.

"But I think the last time we were there, it was definitely exciting for everyone watching at home."