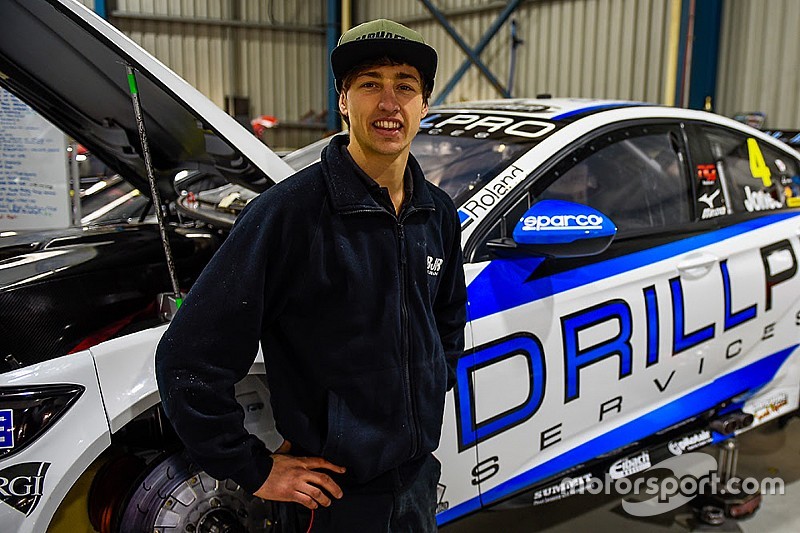 The covers have come off the one-off wildcard entry that Macauley Jones will race in Darwin this weekend.

For the second year running the Brad Jones Racing-run wildcard entry will be backed by Drillpro, with a revamped livery to run on Jones' ZB Commodore in Darwin, and then on his VF Commodore during the Super2 round in Townsville next month.

Jones will be the only wildcard entry at the Darwin round, the Super2 regular saying that adding the one-off main game start has meant the mini break between Winton and Darwin has been anything but a holiday.

“Most people think since we’ve had a break in the race calendar that we’ve been able to relax a little bit, however there has been plenty going on in the BJR workshop," he said.

"The #4 DrillPro Commodore has been built from the ground up and I’ve had two track days at Winton in the last two weeks. A lot of work and preparation goes on behind the scenes and on those days to ensure we’re learning as much as we can as a team.

“The first test was my wildcard test day in Tim Slade’s Freightliner Racing ZB Commodore. It was my chance to get reacquainted with the Dunlop supersoft tyre, spend more time behind the wheel of the new car and for our crew to get some valuable practice in as well.

“Last week was our second Super2 test for the year, as always the seat time is great to keep you up to speed and will be handy going into next week's event.

All of this has made the gap between Winton and Darwin go very, very quickly!

“I’m really pumped to be going racing this week at Hidden Valley. Being the lone wildcard, I’ll only be able to gauge how I’m going against the main guys, so it’ll be a little different from my debut here last year.

"I’m looking forward to getting out there, taking in as much as I can and doing the best job possible.”

Jones will make more main game starts later in the year when he joins BJR regular Nick Percat for the Supercars endurance races.