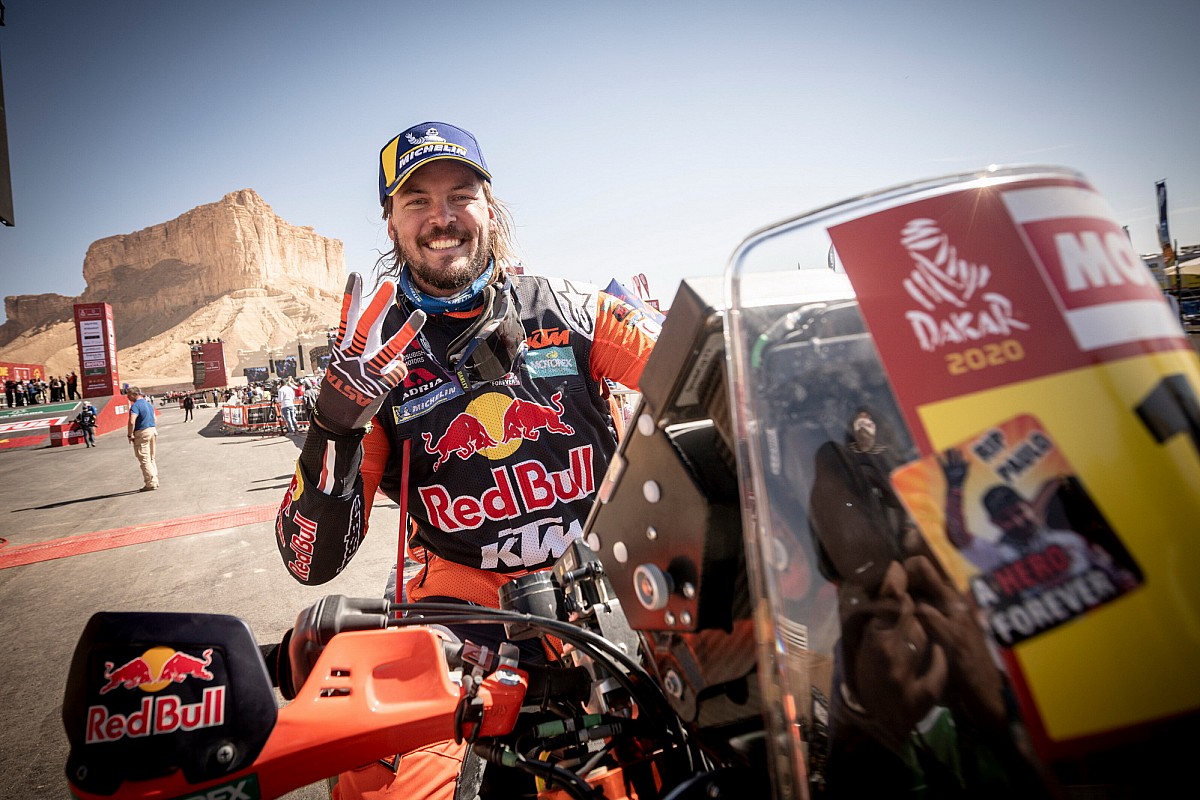 Two-time Dakar winner Toby Price says he has a Bathurst 1000 start on his bucket list.

Price has long been keen on sampling a Supercar, having first looked to a land a test through his Red Bull connections shortly after winning his first Dakar title.

He's also spent the past few years adding to his four-wheel experience through stints in Stadium Super Trucks, SuperUtes and running his Trophy Truck in the Finke Desert Race.

A move into the cars category at Dakar is on the cards, but it's not Price's only four-wheel ambition. He's also keen on taking on Australia's biggest motor race – the Bathurst 1000.

"One hundred per cent. The real deal [Bathurst 1000] would be another one on the bucket list," said Price in a Motorsport Australia video.

“I’ve been stirring up Chad Reed a little bit, saying ‘hey, we need to see if we can get into the real deal game at Bathurst 1000 one year'.

It wasn't exactly a success, however, Price spending the majority of one of the races stuck on his roof.

“The simulator race didn’t quite go to plan for us," said Price.

"I made it entertaining; I laid on my roof for about two laps and the boys were losing it, laughing at me and whatnot.

“It was a good fun event and I've now got my own simulator so I have been practicing at night. I'm getting ready for the next one."