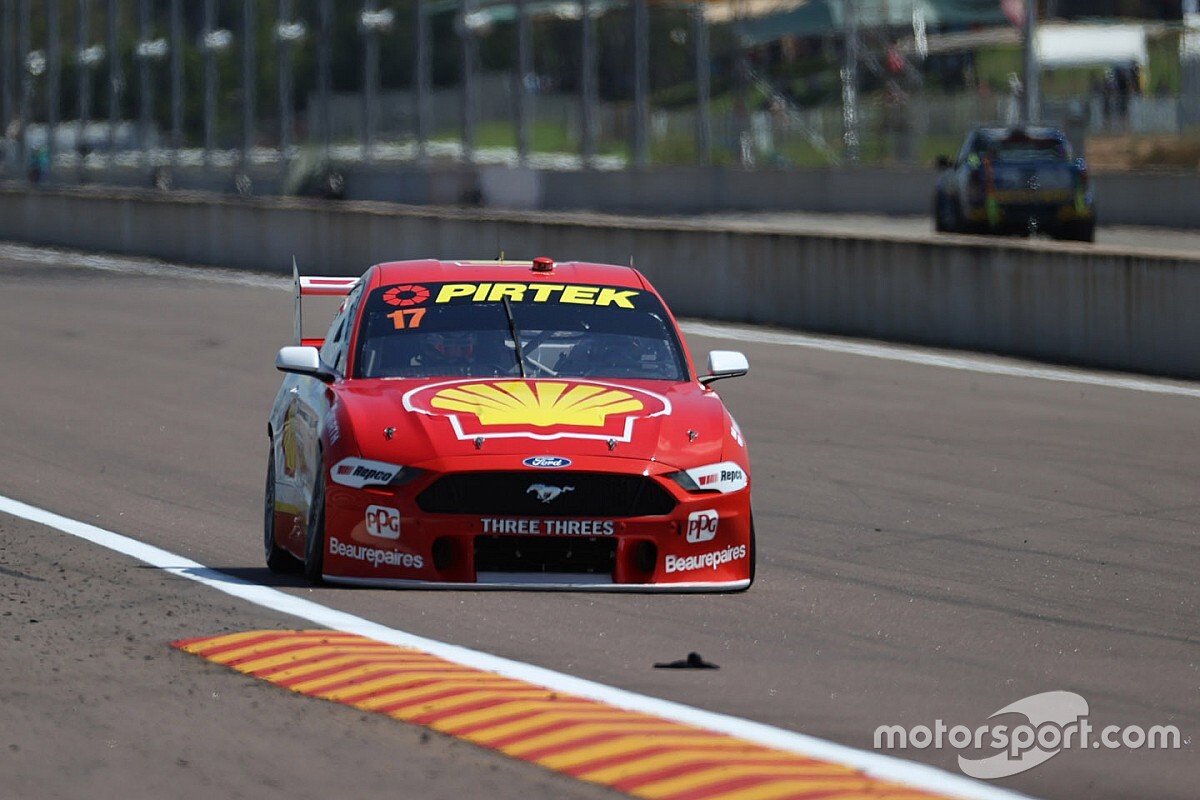 McLaughlin scorched to a 49th career win as the second leg of the Darwin double-header kicked off, leaving him one win clear of Brock and fifth on the all-time wins list behind Jamie Whincup, Craig Lowndes, Mark Skaife and Garth Tander.

The upside of being pipped to pole position by Whincup earlier today was that McLaughlin got to start on the grippier side of the track for the long run to the first corner.

That, combined with an early lurch that Whincup needed to correct as the lights went out, helped McLaughlin to sweep into a lead at Turn 1.

The Penske ace swiftly pulled a gap of over a second, before taking his mandatory stop on Lap 7, two lap after the window opened, to effectively cut out any chance of Whincup trying an undercut.

Whincup pitted a lap later but had no answer to McLaughlin who charged back into an effective lead that he would hold until the finish.

The gap between the two title contenders was 2.4s at the finish.

"The start was really pivotal," said McLaughlin. "I was able to do my own race from then on.

"The boys' pitstop was unbelievable, I'm proud of them, they've been working hard. It was a nice start to the weekend. We've got a few things we need to work on, but I'm pretty happy."

Whincup added: "As Scotty said, it was all about the start. He just got a little bit better drive on the clean outside line.

"There was a car length in it. I was trying to have a bit of overlap so he couldn't come across, but he just got in front enough to be able to control it into [Turn] 1.

"We didn't quite have the pace today, unfortunately. The #17 was slightly quickly and deserved the win. We'll go away and try and find where we were weak today."

Tickford pair Cam Waters and James Courtney finished a distant third and fourth, their battle for the bottom step of the podium fought out around their early stops.

After Courtney ran third for the first few laps, it was an overcut that did the job for Waters. He pitted on Lap 6, a lap after Courtney, and managed to get back out in time for them to run side-by-side through Turn 1.

Waters had the inside line, that making the difference.

Nick Percat ran a slightly different strategy on his way to fifth, the Brad Jones Racing driver not stopping until Lap 18. Anton De Pasquale, who finished sixth, went even deeper with a Lap 22 stop.

The most creative tyre strategy, however, went to Shane van Gisbergen. The Kiwi went all the way to Lap 24, before opting for a longer stop to take on four new boots.

He was then able to pass the likes of Chaz Mostert and Fabian Coulthard as he charged his way back to eighth behind Lee Holdsworth.

The latest of the late stoppers was Scott Pye, who found himself at the very back of the field on Lap 1 after stalling at the start. He grabbed new rubber just nine laps from home, salvaging a 13th place.