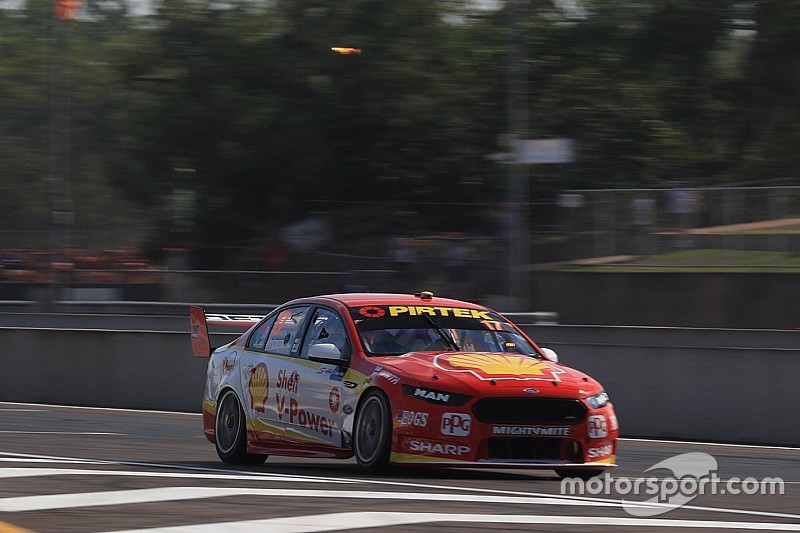 The fast times book-ended the sessions, Kelly making the most of the Michelin rubber left behind from the Carrera Cup session to bang out a 1m06.199s first time out.

That time proved unbeatable until the final couple of minutes, when McLaughlin took on a set of greens and went for a qualifying simulation.

"We were one of the only ones who got a green gain from what we saw, so that was good," said McLaughlin. "It's P1, which is where we want to be.

"We've got to take [qualifying] as it comes. I think we've got a good balance and a good idea from last year, which is nice. We'll work on it overnight and see where we're at."

There was no late qualifying sim for Practice 1 pacesetter Kelly, who was instead focussed on race runs after his early time.

"We're just trying to focus a bit more on the race runs, to try and make sure that the car is strong from that point of view," he said.

"We did two long race runs, which filled the whole session there. [I'm] keen to debrief on that and work out how to go a bit faster in the bit that counts."

Jamie Whincup was third quickest, his time coming with four minutes to go after his Triple Eight Commodore required a change of front splitter midway through thanks to excessive flexing at Turn 1.

Michael Caruso backed up his Practice 1 pace with the fourth quickest time right at the flag, while Craig Lowndes was another late improver with the fifth quickest time, which knocked Shane van Gisbergen back to sixth.

For the second time today there was no Tickford Racing cars in the Top 10, Cam Waters the best of the team's four cars in 12th. Mark Winterbottom and Chaz Mostert could manage just 17th and 18th respectively, while Richie Stanaway was 20th.