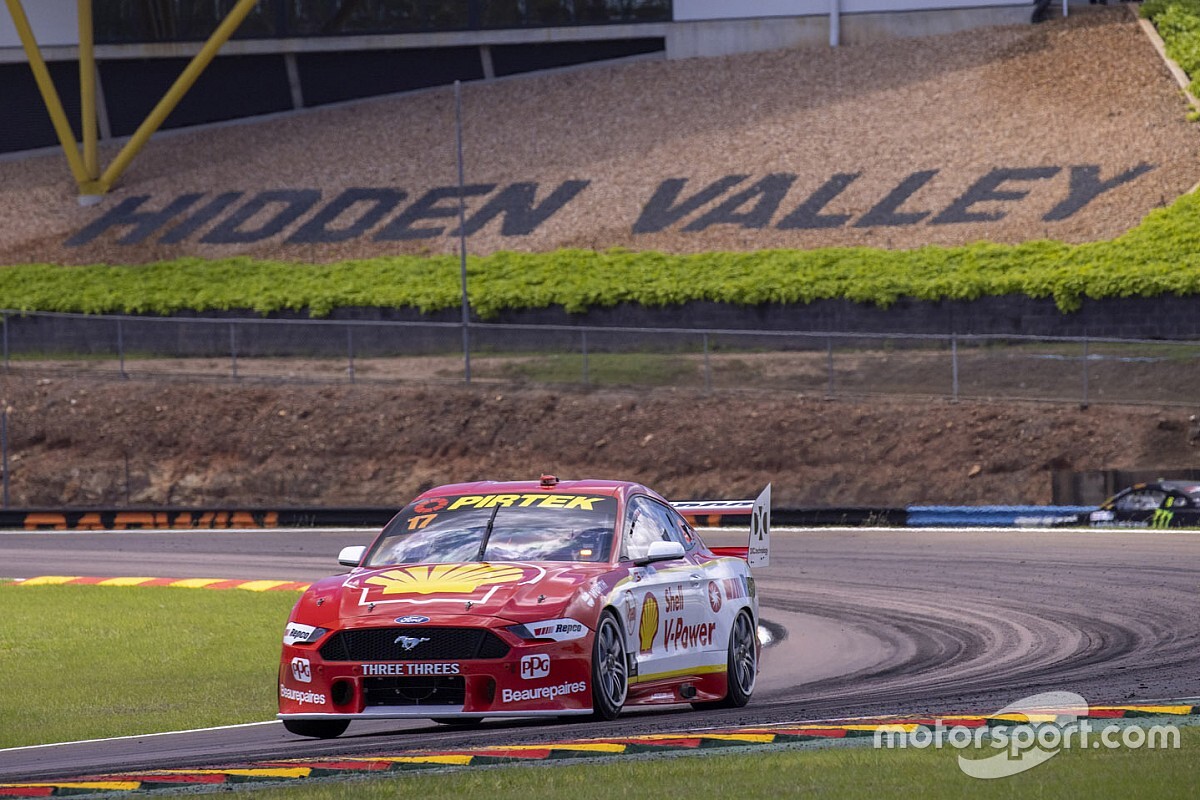 Scott McLaughlin topped the second and final practice session for the Darwin SuperSprint, despite a mistake on his qualifying sim lap.

The series points leader made a fast start to the half-hour session, going quickest with a 1m06.248s inside the first 10 minutes.

He looked set to better that benchmark with a qualifying sim at the end of the session, McLaughlin going purple in the first sector. However a small mistake coming into Turn 5 led to him aborting that lap.

Not that it mattered, with nobody else able to run down McLaughlin's early time.

It was even tighter between Winterbottom and his teammate Scott Pye, just 0.001s separating the Team 18 pair.

Jamie Whincup and Fabian Coulthard were next in line, the former improving on a late qualifying sim while the latter set his time midway through the session.

Shane van Gisbergen was the noteworthy absentee from the classy end of the timesheet, the Red Bull Holden driver managing just 14th with is final run.

David Reynolds was even further off the pace, the Erebus star just 17th quickest.