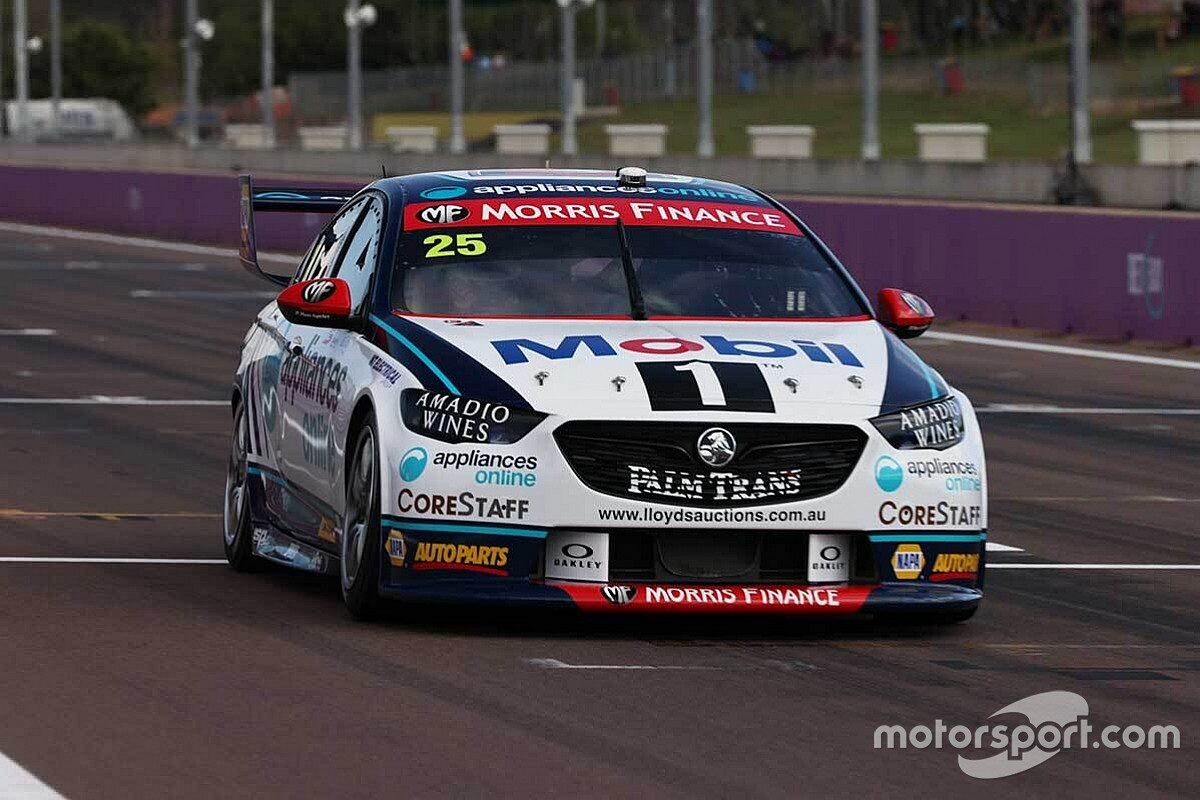 Mostert was the only driver to dip under the 1m07s mark, a 1m06.747s on his final run leaving him two-tenths clear of long-time pacesetter Scott McLaughlin.

"We tried a lot of different things [in practice] we've been thinking about in the last couple of rounds, and a there's a couple of positive things and a couple of things we need to neaten up. But it's good to be at the top of the time sheets."

McLaughlin hung on to second amid a number of improvements late in the session, the gap back to Anton De Pasquale just four-hundredths.

Rick Kelly finished the session fourth, followed by Fabian Coulthard and David Reynolds, neither of whom ran fresh rubber at the end of the session.

Todd Hazelwood and Jake Kostecki were seventh and eighth, while Shane van Gisbergen was ninth despite parking up early due to complaints of something loose in the rear end of his Triple Eight Holden.