Davison on Bathurst appeal: “We won the race and that’s it” 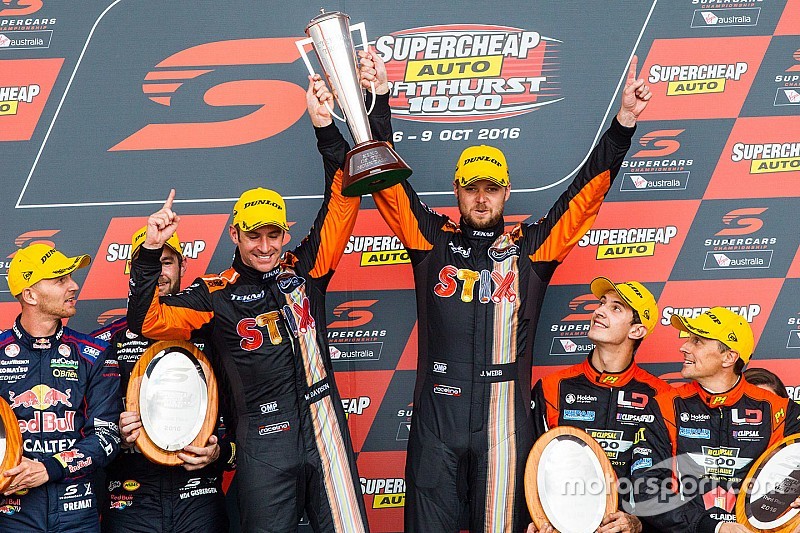 Davison and Tekno teammate Webb took a thrilling Bathurst 1000 win yesterday, despite not leading a single lap of the race.

The bizarre situation occurred thanks to a 15-second penalty handed to Whincup, who crossed the line first, for his contact with Scott McLaughlin in the closing stages of the race.

Whincup’s team Triple Eight Race Engineering has since appealed the penalty, meaning that its feasible that the result could be overturned and Whincup could be crowned the winner.

Davison isn’t fussed by the appeal, though, telling Australian morning TV show Today that he doesn’t think Triple Eight has a case.

“The penalty was handed out and I was told I was leading with 10 laps to go, so I wasn’t even looking at Jamie, I was looking at Shane [van Gisbergen]. I wasn’t even really racing [Jamie] at that stage.

Webb – who is also the Tekno team boss – added that he thinks the Triple Eight appeal is unlikely to go anywhere.

“I think it’s a long shot, but it’s a competitive game and everyone wants to win this race,” he said.

“[Triple Eight will] have a crack, but as Will said at this stage we’ve won, we’ve got the trophy and we’re going to head home and cheer for it.”

Van Gisbergen: I'd be “killing myself” if I settled for second at Bathurst

Percat pushed over the line at Bathurst