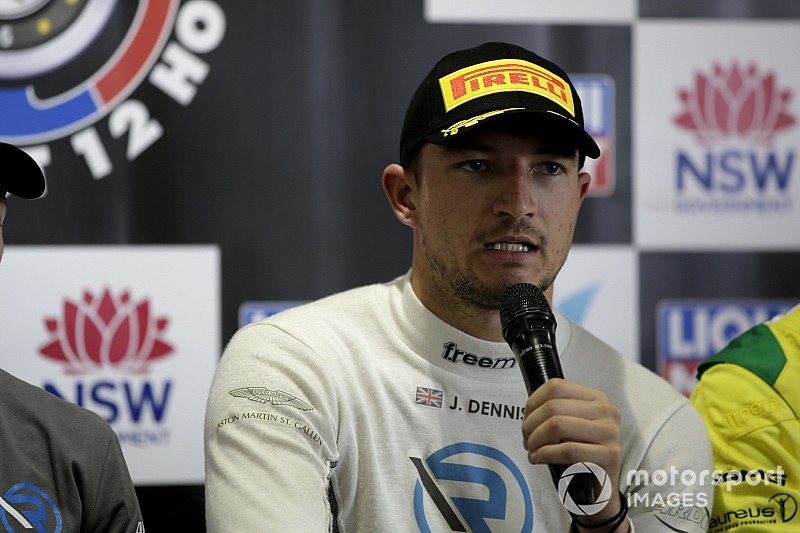 Jake Dennis says he'd be 'straight out' to Mount Panorama if a Supercars team gave him a shot at the Bathurst 1000.

Dennis impressed in the Top 10 Shootout ahead of the recent Bathurst 12 Hour, putting his R-Motorsport Aston Martin on top in the one-lap dash with a 2m02.494s that left him four-tenths clear of the field.

The lap was later disqualified when it was found that his Vantage was 500 rpm over the rev limit for a total of three seconds, which meant he was stripped of the Allan Simonsen Trophy.

Still, the taste of having Mount Panorama to himself left the Briton hungry for more. And he says if a Supercars team ever comes knocking, he'd be happy to head down under for the October classic.

"One hundred per cent, I'd be straight out there," he told Motorsport.com.

"Aussie V8s, those boys I have massive respect for. They're all the Shootout laps I've been watching [in preparation for the 12 Hour], and even watching them gives me goosebumps.

Dennis, Matthieu Vaxiviere and Marvin Kirchhoefer wound up finishing the 12 Hour second, following a late pass from winner Matt Campbell that Dennis described as "on the edge". 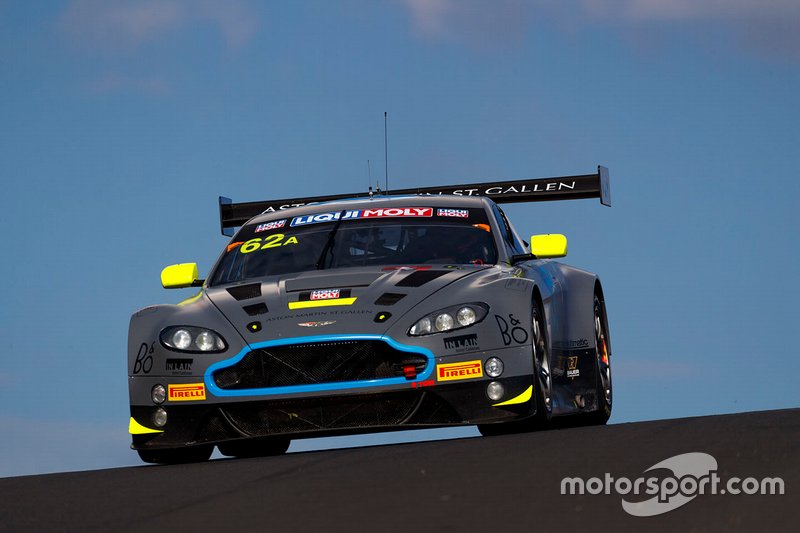