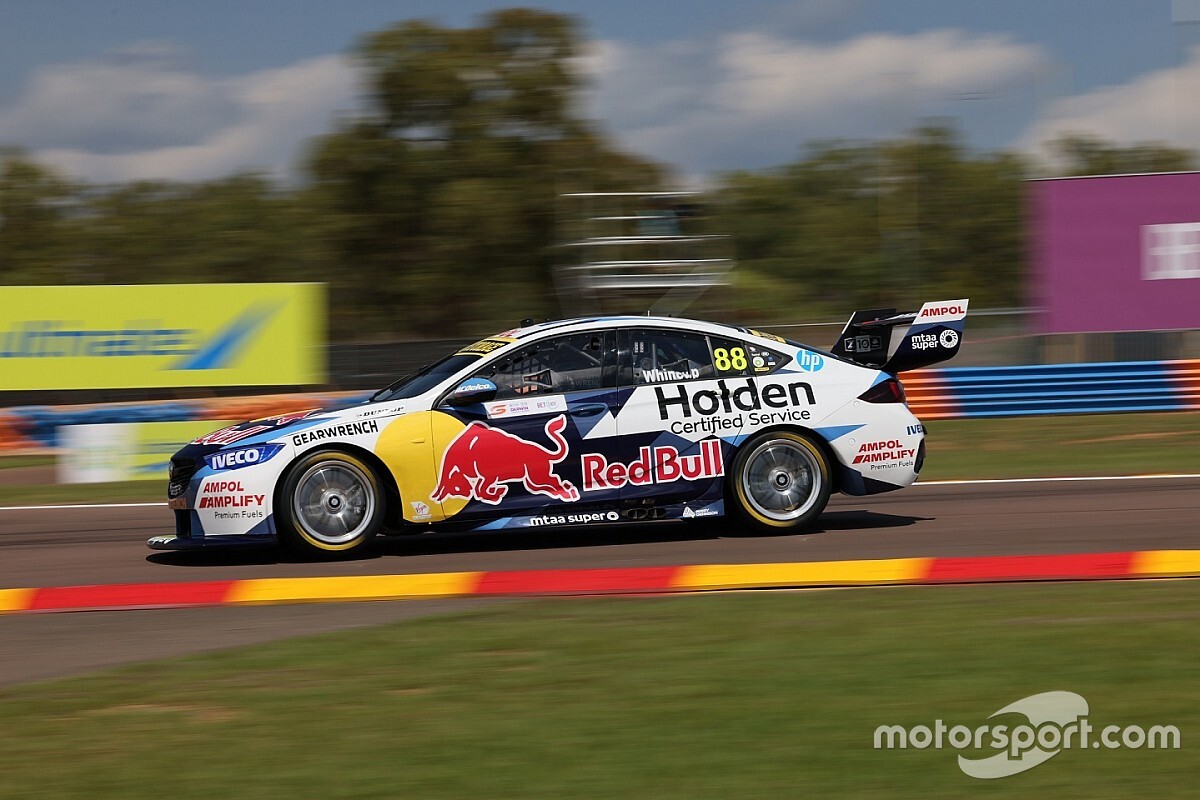 Triple Eight team manager Mark Dutton says it was his 'stuff up' that led to Jamie Whincup copping a penalty in the opening Darwin Supercars race.

Whincup was slapped with a 15-second time penalty for an unsafe release, after clattering into the side of Anton De Pasquale after serving his stop.

The contact came amid chaotic scenes in pitlane, with 23 of the 24 cars all pitting at the same time due to an early Safety Car.

The penalty dropped Whincup from third on the road to 17th in the standings, and robbed him of a golden opportunity to slash Scott McLaughlin's points lead after the Penske driver was hit with a 15-second penalty of his own.

Reflecting on the incident, Dutton – who was car controller for the stop – was in no doubt who was at fault.

"I had a shocker there," he told Fox Sports.

"I saw [Fabian] Coulthard pull up, I didn't see De Pasquale behind him. I released Jamie, turned around the service #97 and put him into the side of De Pasquale.

"It's all on me. I shouldn't have stuffed up, I should have done better. Not good enough..."

Whincup, meanwhile, said he was surprised to cop a penalty at all.

"Considering the contact was so small and I did manage to stop and fall in behind Anton, I didn’t think I would get a penalty," said the seven-time series champion.

"But at the same time I fully respect the officials call – [it was] our fault and we will work on doing a better job moving forward."

The clash could have been a disaster for De Pasquale, who was in the process of exiting the lane in the effective lead, and armed with a set of soft tyres.

While the hit, and subsequent contact with the pitwall, did damage his Erebus Holden, it wasn't bad enough to stop him charging to a career-first Supercars win.

"Things are bent, for sure," De Pasquale said.

"There was a bit going on at the front. But these Supercars are pretty strong, and with our cars we've done a lot of work at the front to make them strong.

"So if you're little bit left-hand down or right-hand down, you can deal with it. I had a bit going on, but it was okay."