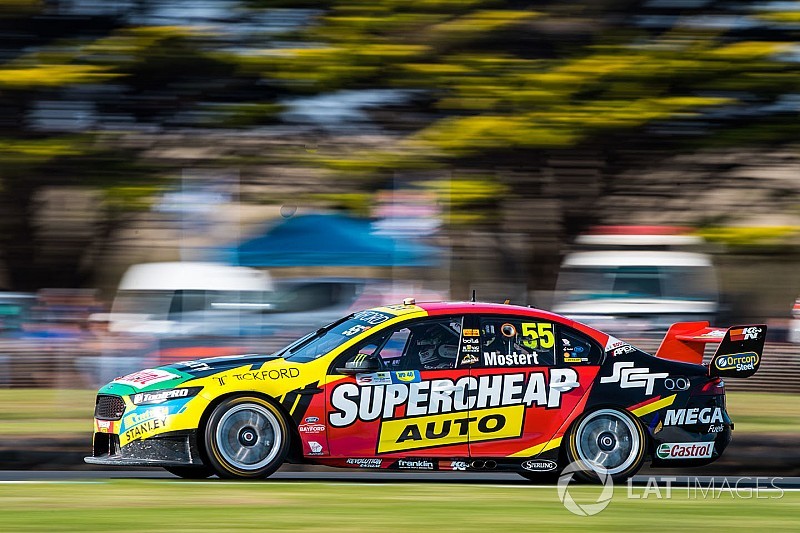 Tickford Racing has confirmed its eight-driver line-up for the Supercars endurance races, including a new partner for the team's form driver Chaz Mostert.

Mostert combined with long-time Tickford co-driver Steve Owen to win the Enduro Cup last year, but the pair won't be staying together for a fourth consecutive Season of Endurance.

As expected Mostert will instead team up with new signing James Moffat, who arrives after losing his full-time ride with Garry Rogers Motorsport at the end of last season.

“To be driving alongside Chaz in the Enduro Cup is something I’m really looking forward to," said Moffat.

"I bring some fairly relevant experience in Supercars, and I’ve been keeping sharp in Carrera Cup this season, so I hope Chaz takes some comfort in that.

"With he and Steve winning the Enduro Cup last year, I have pretty big shoes to fill, but I’m looking forward to the opportunity, and hopefully some similar results by the time we get to the end of it.”

The vastly experienced Owen will be shifted over to rookie Richie Stanaway's car for Sandown, Bathurst, and the Gold Coast, the veteran co-driver looking forward to the fresh challenge of working with a new driver.

"Having an older driver with a young guy helps mostly with setup, and for me, I know the team’s cars pretty well," said Owen.

"[Richie has] had a tough start to the year, so we won’t really have any pressure in the championship to worry about, which I actually don’t mind. Every other year I’ve raced here I’ve been with a driver in the championship hunt, so it will be kind of nice to just focus the race itself."

Stanaway's promotion from co-driver to a full-time seat for 2018 means Cam Waters will team up with another of Tickford's new enduro signings, former Nissan long-distance specialist David Russell.

The only unchanged line-up in the Tickford garage is Mark Winterbottom and Dean Canto, who will team up for a third consecutive season.

“We’re very excited about the co-drivers we have and we think we’ve got four great pairings for later this year," said Tickford team boss Tim Edwards.

"Obviously we won the Enduro Cup last year and fully intend to fight to keep it, and we have a good mix of youth and experience to go out and do that.

"The enduros are still a ways ahead and there’s still plenty of work to do before we get to them, but it’s comforting to know that we’ll have a strong line-up when we get there.

"All four of these guys are good people and obviously good drivers. They each bring something to the table that will help us in the biggest races of the year, so we look forward to chasing more trophies with them.”

The Season of Endurance kicks off with the Sandown 500 in September.

First Aussie Dare To Be Different ambassadors locked in