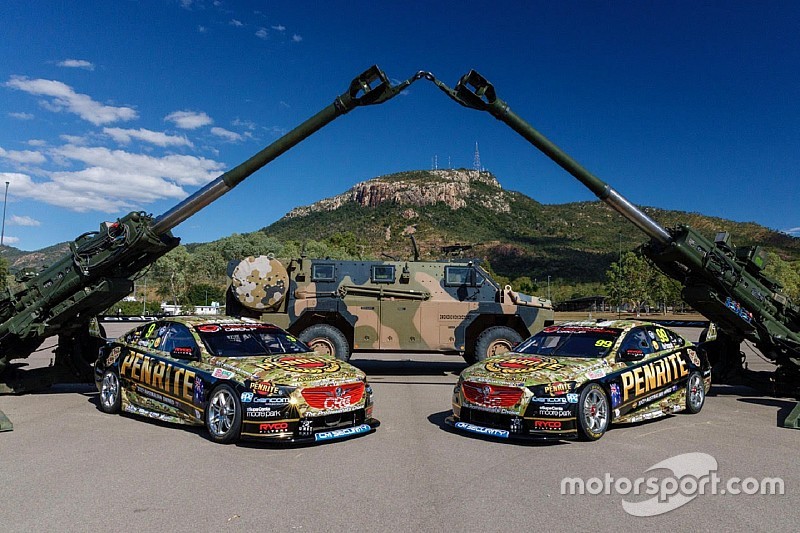 Erebus Motorsport has unveiled a special Army-inspired camouflage livery for its two Holdens ahead of this weekend's Townsville Supercars round.

The squad's standard Penrite colour scheme has been updated as part of an association with the Royal Australian Artillery, with the new look uncovered at the Lavarack Barracks in the Far North Queensland town.

It will run on both David Reynolds and Anton De Pasquale's Commodores for the Townsville weekend.

"It’s an honour and a privilege to recognise our relationship with the Royal Australian Artillery on a large scale," Erebus CEO Barry Ryan said.

"It’s a great relationship and it’s been rewarding understanding their business and spending time with the School of Artillery in Puckapunyal over the past four years.

"We run our race team with the same values – courage, initiative, respect and teamwork – and we both have a similar mentality and understanding of how we operate.

"We are very proud to see our cars roll out in this special livery this weekend and we also need to thank Penrite Oil, for their continued support of the work we do with the Army."

The Erebus cars aren't alone in sporting new paint this weekend, with both James Courtney and Nick Percat set to also run in fresh colours. 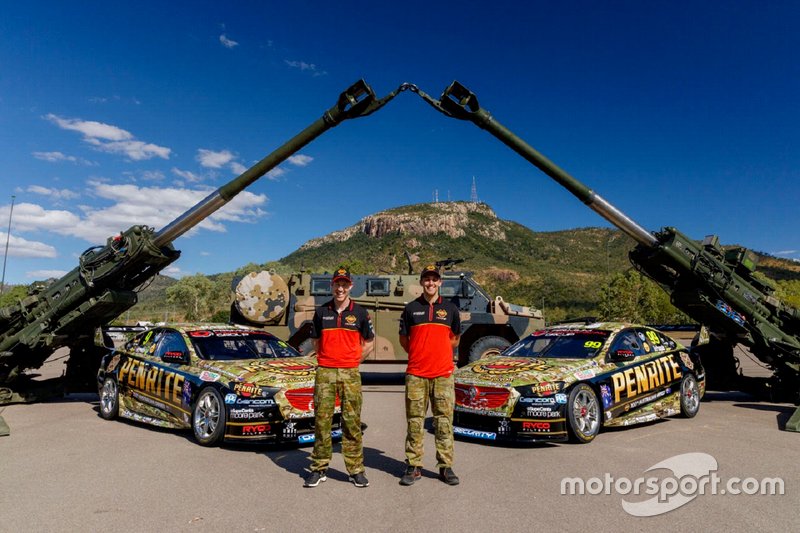