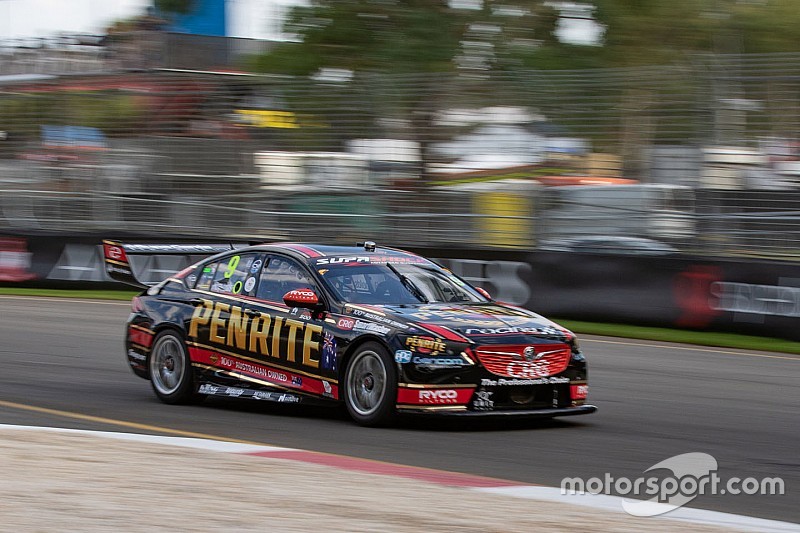 Erebus team boss Barry Ryan says he's disappointed in Anton De Pasquale after his nasty Turn 8 shunt in qualifying for the first leg of the Adelaide 500.

De Pasquale, the stand-out rookie from last season, kicked his 2019 campaign off in the worst possible way in qualifying today, clipping the inside wall on the way into the high-speed Turn 8 before clattering the outside.

The crash came just minutes into the session, and means he'll start tomorrow's first gruelling 250-kilometre race from the back of the grid.

It will also make for a long night in the Erebus garage, something team boss Ryan says De Pasquale will be sticking around to help with.

“It just shows he’s still got a lot to learn and he’s still a young bloke,” he said.

“It’s just not thinking. You’re on your warm-up tyres, there’s no reason to try and go that fast through Turn 8.

“Anyway, he’s having a go and that’s what we’re here for, but I’m pretty disappointed in him.

“He’s gonna feel it for a bit and I hope he’s here all night helping us fix it.”

De Pasquale put his hand up straight away, admitting the shunt was a mistake on his behalf.

“It’s obviously really bad to do something like that. It’s going to be a lot of work for the guys and girls," he said.

“I feel really bad about myself. I just made a mistake and a big result.

"[It's] obviously a long night ahead, but hopefully [we] get it back [out] tomorrow and go ahead.

“I’ve been struggling through [Turn 8] all weekend, turned in a bit early and just clipped the inside kerb, which clipped the wall and then over to the outside.

“It was just a driver error and I paid the price.”