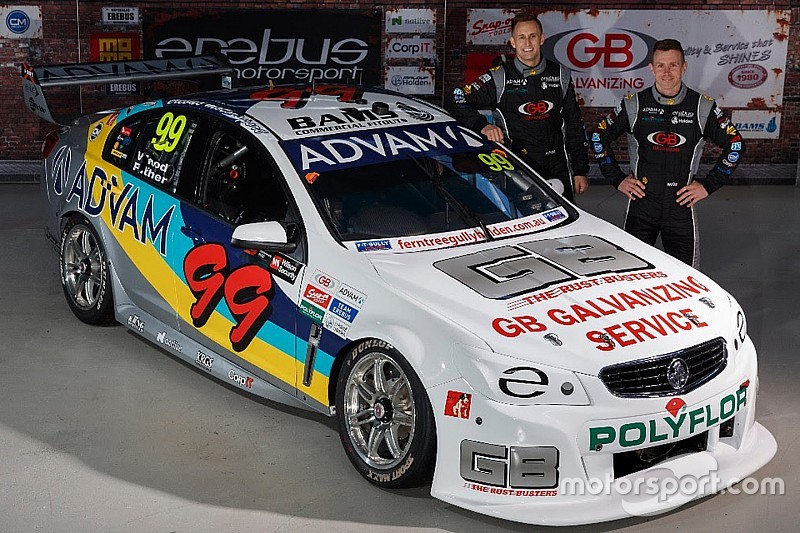 Supercars squad Erebus Motorsport has turned to NASCAR for inspiration for the retro livery that will run on Dale Wood’s Commodore at the Sandown 500 next weekend.

For the second year in a row Wood will call back on the now defunct Australian NASCAR series, this year’s livery a tribute to the Chevrolet Lumina that Jimmy Ellis campaigned at the Calder Thunderdome back in the 1990s.

The link to the Ellis Chevy comes through sponsor GB Galvanizing, which was a big supporter of both Ellis and the oval racing scene back during its heyday.

“Like many, my brothers and I grew up loving V8 Touring Cars but knew little about NASCAR, and it wasn’t until we attended Calder Park Thunderdome that we understood how exciting the racing was,” GB Galvanizing’s Gian Gucciardo said.

“Its commercial benefits made it easy to come to the decision to become a sponsor, and when the opportunity to buy the team came two years later, my friend Craig Rodda and I jumped at it.

“We learnt pretty quickly that running a race team was every bit as hard as running our own business, and it was unfortunate the sport only survived a couple years after that.

“The car certainly stood out from the pack and seeing it come back to life brings back a heap of memories, in particular the long association and friendship we have enjoyed with Phil from Phil Munday’s Panel Works.”

Wood, meanwhile, says he's impressed with how the livery looks on the car.

“GB Galvanizing have been in motorsport a long time and it’s really nice to be able to celebrate their history this weekend,” said Wood.

“I really like the car, it’s very old school and different to what we have now with its clean lines.

“We’ve come so far from what the car designs were and my car has some colour combinations you wouldn’t think to put on a car, but with a bit of a modern touch it certainly works.”

Wood will debut the new livery during Erebus' pre-enduro test at Winton today.

The Sandown 500 Retro Round, which kicks off the enduro season, starts on Friday, with Wood set to share the #99 Commodore with experienced Kiwi Chris Pither.