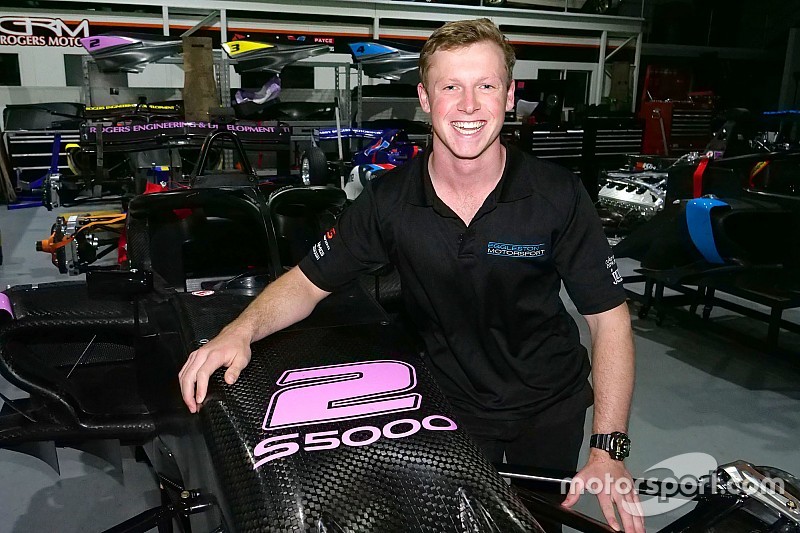 Supercars endurance driver Will Brown will race in the S5000 opener at Sandown next month.

The 21-year-old is the third driver locked in for the first-ever S5000 round, Brown set to line up against Rubens Barrichello and Matt Brabham in the 14-car field.

His car will be run by the same Eggleston Motorsport squad that runs his Holden in the second-tier Super2 Supercars series.

“It’s such a thrill to be confirmed to start in the first-ever S5000 race at Sandown,” said Brown, whose busy 2019 also includes a Hyundai TCR Australia drive.

“I’ve been watching these cars doing demonstrations at the TCR events this year and I’ve been hanging off the fence, keen to have a drive.

“They sound awesome, they look great and they are so fast. These cars are going to be amazing at Sandown and we are going to be doing our best to be at the front of the field and enjoy the experience.

“And I couldn’t think of doing it with any other team than Eggleston Motorsport. They have looked after me really well in the Super2 Series, so the good thing is I don’t need to learn the people, all I need to do is learn the car.”

He also took part in the Mazda Road to Indy Shootout at the end of that season, before turning his attention to Supercars.

Alongside his TCR, Super2 and S5000 commitments, Brown will partner Anton De Pasquale at the Supercars enduros starting at Bathurst in October.

Supercars looking to sign off on 2020 engine in September