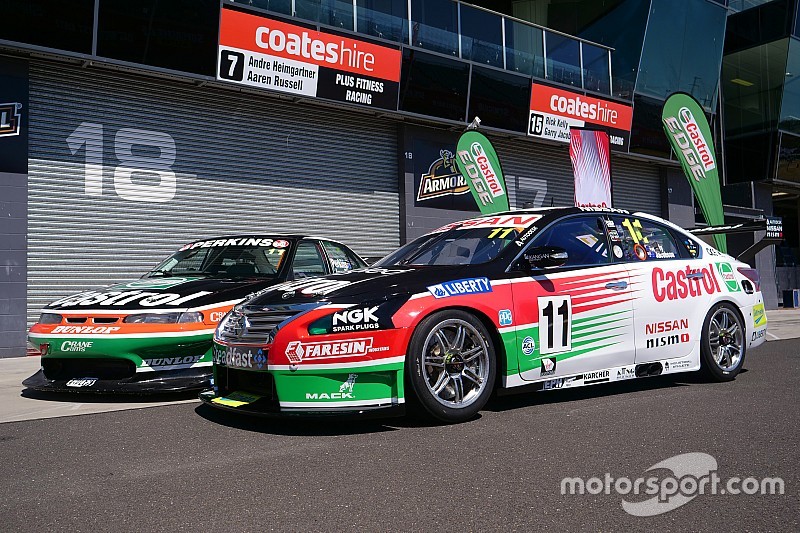 Fans will have their say on which retro Castrol livery Rick Kelly will run on his Nissan Altima at this year's Bathurst 1000.

A shortlist of eight iconic Castrol liveries will be subject to a two-round online vote, through the team's Facebook page.

The winning livery from each heat will then go into a 'final', which will determine the artwork that Kelly and Dale Wood will sport at Mount Panorama in October.

The first round of liveries features Russell Ingall's 'Silver Bullet' from 2000, the Mark Winterbottom/Steven Richards Bathurst-winning Falcon from 2007 and a pair of classic Larry Perkins cars from 1998 and 2002.

“Bathurst is a really special place for myself and the guys at Castrol, they were there with me when we won two in a row back in the early days, so it’s really cool for us to pay tribute to an iconic Castrol Bathurst livery this year and continue Castrol’s 100 year birthday celebrations," said Kelly.

“Last year we did the iconic Saw Tooth Larry Perkins Castrol livery and the response we had from the fans around that was incredible, everybody loved it. So now we’re going one step further and putting our livery decision process in the hands of the fans and get them involved.

“I’m sure no matter what they pick, with our design team and the help of PPG and Graphic Art Mart, it’ll look really cool on the Nissan Supercar and I can’t wait to reveal at the top of Mount Panorama.”