Two Bathurst 1000 wins, an ATCC title, and a professional career that lasted the best part of 30 years. But, as John Bowe told Andrew van Leeuwen in a revealing Q&A, it hasn’t been all good times – including a serious battle with mental health.

MOTORSPORT.COM: So, top-level open-wheelers, big sportscars, Group A Touring Cars, Supercars… you were a genuine all-rounder across your career.

JOHN BOWE: I don’t know if I’d call myself an all-rounder, but I’ve always just loved racing cars. If I got an offer to drive something, and I didn’t think it would kill me, I’d drive it.

Considering how diverse your career was, are you surprised that more Supercars drivers don’t branch out and race in different categories?

Ah… that’s the way of the modern world, I think. In my youth Jim Clark used to race three cars in one weekend, and I’ve raced three cars on one weekend too. It was a badge of honour. I drove a Formula 5000, a Formula 2 car, and a Sports Sedan on the same weekend at Sandown once, it was probably 1980.

But I suppose modern cars are a bit more style-dependant, and the modern-day Supercars drivers have a fair old obligation with appearances and sponsors and all of that stuff. Much more then I did…

The bulk of my Touring Car life was with Dick Johnson Racing, and Dick Johnson would do most of the sponsor stuff. People still come to me and say, ‘Gee I’ve been waiting 18 years for your autograph,' because I didn’t have to do a lot of that side of things.

Out of all the cars you raced, was there ever a standout? Surely the Veskanda was a blast to drive…

It’s funny, I’ve been asked that lots of times but the cars you have fond memories of are the ones that you did well in. It’s not necessarily about winning, either. I was quite fond of the Sierras, although they were seriously flawed. Some of the V8 Supercars were nice, too.

If the car is behaving on the day, regardless of whether you come first, second, 10th, or 14th, you can enjoy it. 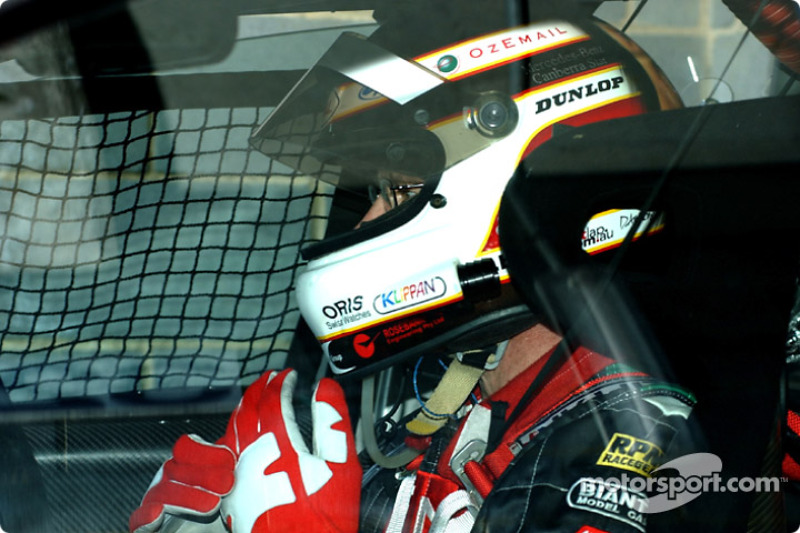 When that first opportunity with Volvo in the ATCC came up in the mid-1980s, did you take it because you had a passion for Touring Cars, or was it more about making a living?

I didn’t know anything about making a living, although when I started to earn a bit of money I thought ‘Shit how long has this been going on? I should have done this earlier!’

I wasn’t overly interested in Touring Cars, but I thought if I wanted to continue to race – which I desperately wanted to do – I needed to get into a Touring Car because it was the biggest show in town. If you look at crowd figures and pictures from back in the day the crowds were as big in 1986 as they are now.

Anyway, as it turned out, I got an opportunity in the Volvo at the long distance races in ’85.

The funny thing is that at the Phillip Island Classic this year I raced a Volvo 240T, which was a bit like a reunion from 30 years ago. The car only had two races in its life; John Sheppard built it towards the end of ’86, and it debuted at Sandown – Alfie Costanzo and I drove it – then it raced at Bathurst. But it didn’t finish either race, it had some mechanical issue.

So the first race at Phillip Island was the first time that it’s finished a race in Australia! It took 30 years to get a finish.

It was a bit of a journeyman start to your Touring Car career, bouncing from Volvo to Nissan – and then there was this long, long stint at DJR…

The Volvo deal fell apart at the end of the ’86. There were two factors involved; one was that Robbie Francevic was sacked by John Sheppard, and the other one was that RAS had been caught fudging in Europe with illegal fuel.

I think Volvo worldwide was pretty embarrassed with it all, so that ended that. Then I did the long distance races at Nissan with Glenn Seton in 1987.

I arrived at Dick’s in 1988 right as they got a handle on the cars. Neal Lowe was there, they’d done a year in ’87 with all sorts of turbo dramas and whatnot, and they’d just got a handle on the engine management. The first year we had the best engines, no question, so I became a bit of an overnight sensation trailing along on Dick’s coattails!

I enjoyed that time. I enjoyed driving with Dick, I enjoyed his company, I enjoyed spending time with his family, and over time I became part of his family, really. I had a nice room with an ensuite at his house. We used to call it the Bowe suite.

We had some bad times, too, but not between us – we never had a bad word. I’m sure there were times where he could have killed me, but not once did we have a bad word, and never once was I told not to beat him. We just had a good relationship.

Anyway in 1994 we struggled a bit, but then we got it in the window and for ’95 we had a good car. And we had good people; you don’t win a championship in any category unless you’ve got good people and a good car. 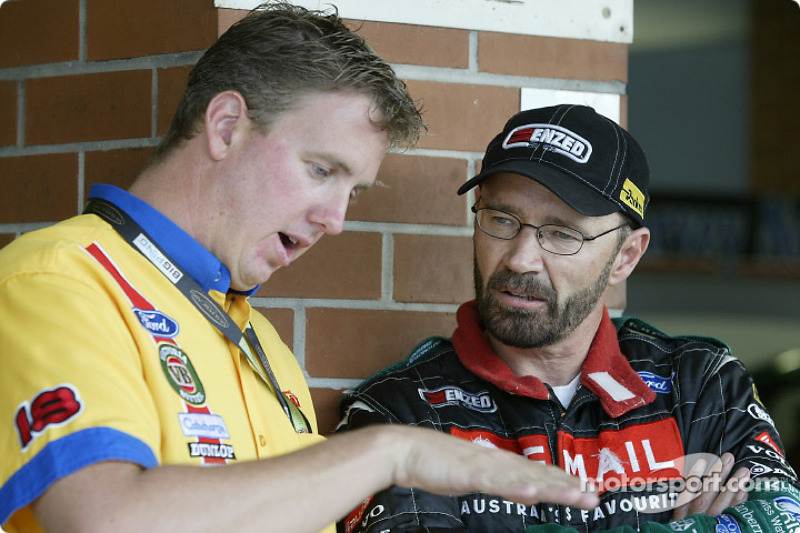 It was funny… there was a guy who was working for Dick called Les Laidlaw, and he’d gone to work for a bloke in Western Australia to build a Supercar, a bloke called Kevin Otway.

Otway had Caterpillar sponsorship, and I was romanced. At the time I was a sucker for a good story – I’m probably a bit more discerning now – and he told me this good story. Steven Johnson was waiting in the wings at DJR, and Steven is a fantastic driver, so I thought ‘oh well, I’ll go’.

There was more money as well, and I didn’t try and screw Dick out of more money because I knew that would ruin our relationship. So I fell for the story… and unfortunately it never really realised what it should have realised. Then it was sold to John Briggs, and the people involved didn’t really know what was needed.

We had some quite good times, we coulda shoulda won a few races. But we didn’t.

Then you went to Brad Jones Racing and fell straight back into that family team environment, and it clicked again.

I liked that environment. I really just enjoy hanging out with racing people who I like. It’s different now, the guys are totally professional and completely single-minded. They do their job, they work with the engineers, and there’s no buddy friendship thing like I had with Dick or with Brad and Kim [Jones].

I mean, when Ross and Jim Stone were there at Dick’s it was an amazing time, they were both innovative racing people. I was genuinely friends with them. It was very satisfying. I guess I’m three quarters old school and a little bit modern.

In the last year or so you’ve really opened up about the depression that you suffered in the wake of your retirement from Supercars. That really was a tough time, right?

I struggled with it internally, because I didn’t say anything about it to anyone.

In 2007, I decided it would be the last year, because the problem is that as you get older, when things aren’t working it gets harder to know if it’s you or the car or whatever else it may be. Journos write you off as the veteran and all that, so I decided that I wouldn’t do it any more.

The more the year went on, the worse the depression went. I sunk into a sea of depression. 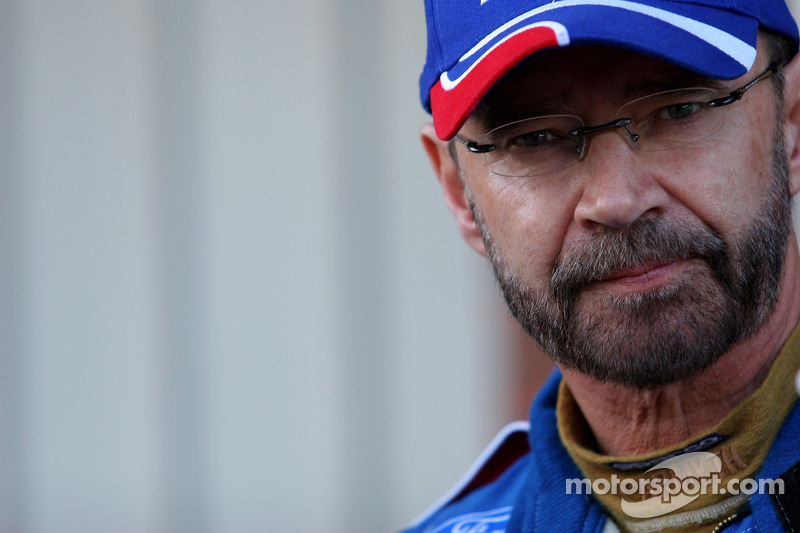 So it started even before you’d actually retired…

Yeah, during that 2007 season. It was really difficult, and nobody knew about it because I didn’t tell anyone about it. I’ve since learned a lot about it, and now I encourage people to speak about it and go and seek some help. I eventually went and got some help that year, and slowly I got better.

What also made a big difference was that I was given an opportunity to race in the Touring Car Master series, firstly because Tony Hunter invited me to drive his Camaro, and secondly because John McMellan from Wilson, and Jim Walker from Westrac supported me. I have a lot to thank them for, because they kept me going.

Anything you would change? Maybe more racing overseas as a professional?

I didn’t know how to, mate. I came from Tasmania, I grew up in a small pond, so to race on the Australian mainland was a big deal for me. It really, truly was.

I would have loved to have raced a Formula car in Europe, but I didn’t know how to go about it. We had no money, and I’ve never, ever paid for racing in my life. So I’ve been blessed.

And if I’d made Formula 1 in the ‘70s or the ‘80s, that’s when a lot of people used to kill themselves! So everything worked out in its own way. 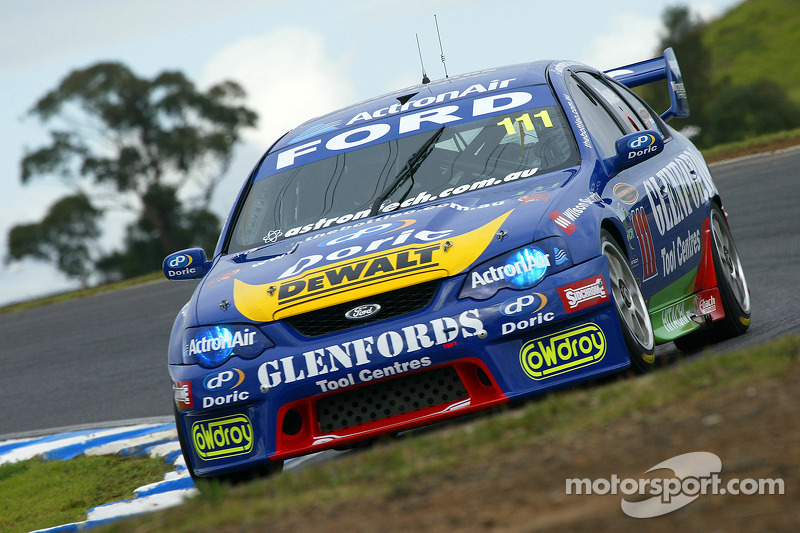