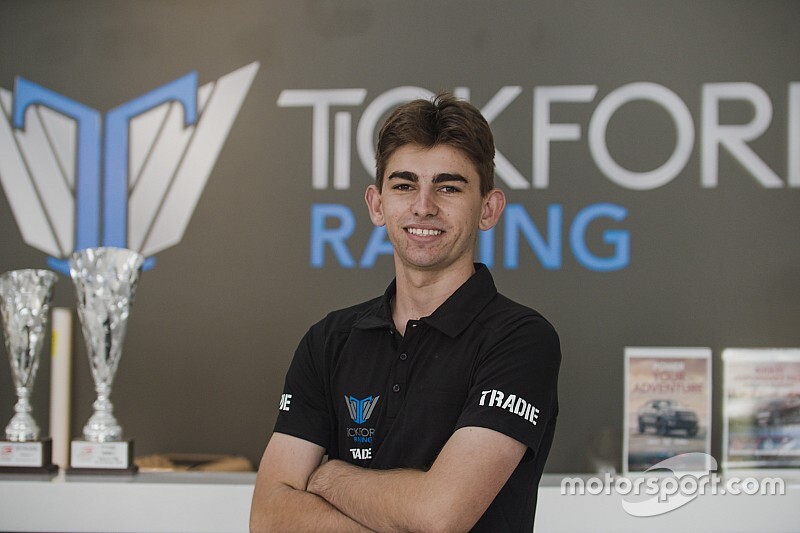 Highly-rated teenager Broc Feeney will debut in Super2 with Tickford Racing next season.

The 17-year-old enjoyed a breakout 2019 season, announcing himself on the Supercars stage by securing a hard-fought Super3 title with 12 podiums from 15 races.

He's now set to make the step up to Super2, joining a Tickford programme that helped launch the main game careers of Chaz Mostert and Cam Waters.

“I’m super excited to join this team, and really looking forward to hopefully building a good platform here and securing myself for the future," said Feeney.

"I’ve only just turned 17, so to align with this team at such a young age, I feel like I can build a bit of a brand for myself. I’m hoping to stay here for a while, build good relationships with everyone around here, and keep working towards a main game drive in the future.

"It’s going to be a bit of a challenge going into 2020, but I feel I’ve got a great team behind me, and I’m always going out to win races and that’s not going to change.

"I’m looking forward to just going after it in 2020 and going for the best results that I can get.”

According to team co-owner Rod Nash, Tickford can provide the perfect environment for Feeney to flourish as an up-and-coming talent.

“Broc had an excellent season in Super3 and has shown immense talent for someone as young as he is," said Nash.

"We’ve had the fortune of grooming several young drivers into stars of Australian motorsport here at Tickford and Prodrive under Tim Edwards’ leadership, and Broc certainly has that kind of potential.

"We look forward to immersing him with the team and helping him build on his already impressive resume and ability.”

Nash added that Feeney's mentor Paul Morris – who won the 2014 Bathurst 1000 alongside Mostert in a Tickford Ford – played a pivotal role in the deal coming together.

“Paul obviously has a very important place in our history as a team,” said Nash.

"Broc really caught our attention this year, and thanks to the relationship we have with Paul we got a better view into what he’s capable of.

"We aren’t the only ones who think Broc has a bright future in this category, and we’re excited to provide him the opportunity for this next chapter in his career."

The Feeney deal also spells the end of Thomas Randle's two-year stint as Tickford's junior ace, which included a wildcard start at Tailem Bend in September this year and a podium alongside Lee Holdsworth at Sandown in November.

“We’ve really enjoyed working with Tom and wish him the best in 2020,” Nash added.

“His development on and off the track the last two years has been astounding, and he is very deserving of the bright future that lies ahead of him.”