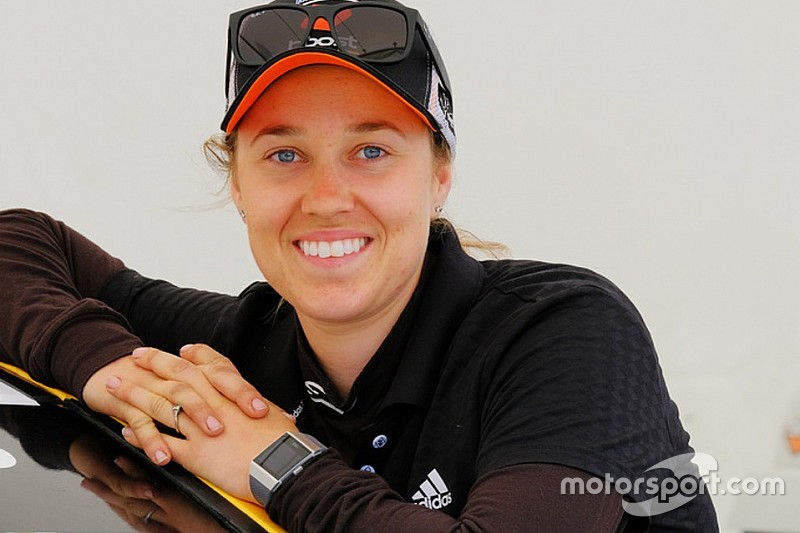 History-making New Zealand Utes driver Alexandra Whitley will look to make a switch to Supercars within the next 12 months, as she eyes a full-time Super2 programme in 2020.

Whitley, born in Toowoomba, Australia but based across the ditch in New Zealand, made history on Sunday by becoming the first female race winner in NZ Utes history at Pukekohe.

While committed to completing her 2018/19 Utes campaign, Whitley is already working on securing a move to Australia. She's identified Supercars as her primary career goal, and is in talks with Super2 teams about testing and race opportunities.

"I am knocking on doors trying to get into Super2," she told Motorsport.com. "I have a lot to learn, but I am absolutely committed and prepared to do whatever it takes.

"I've spoken to a few teams and have been offered a test, but now that I'm mid-season in Utes I want to concentrate on that and do it properly. I don't want to chase two rabbits and catch nothing.

"It's definitely in the works. There is a lot of sponsorship to find to make it happen, but that's something I'm prepared to work hard on."

With the Utes season running through until March, a full Super2 programme in 2019 is not likely for Whitley. However she's hoping to make an appearance later next season, ahead of a debut full season in 2020.

"It would be fantastic to race in 2019, but I need to be realistic about it," she said.

"If I can jump into something at the tail-end of the season and do a bit of learning and getting used to the car before I give it a real good crack [in 2020], that'd be great."

Reflecting on her breakthrough Utes win at Pukekohe yesterday, Whitley added that it's a privilege to make series history.

"It’s fantastic, not only for myself but for the team and for women in motorsport," she said.

"I didn't intend to become the lady making a path for others, but it sure is a privilege to do so and I hope I can inspire others to do the same.

"However I also want to be respected just as any other driver and earn my place at the top."

Whitley is not the only female driver currently looking to break into the second-tier Super2 series, with Briton Abbie Eaton having tested for Walkinshaw Andretti United at Winton last week.