First Aussie Dare To Be Different ambassadors locked in 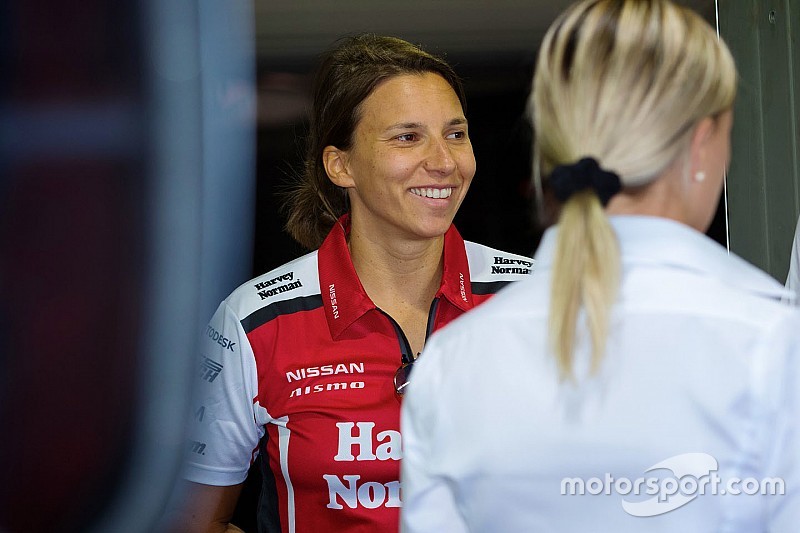 The Confederation of Australian Motor Sport has formally confirmed the full line-up of its ambassadors for the Aussie version of the Dare To Be Different programme.

The Australian governing body has teamed up with Susie Wolff's Dare To Be Different programme to help promote women in motorsport, a partnership that was launched over the Australian Grand Prix weekend last month.

Supercars star de Silvestro and Aussie rallying ace Taylor were linked to the project from the word go, with Taylor a key figure at the Albert Park launch.

Mayer, Performance and Data Engineer at Triple Eight Race Engineering, is the final ambassador to be confirmed for D2BD's entry into the Australian market.

"Being an ambassador for D2BD, I hope we can show girls from young age that there are amazing women in this motorsport world,” Mayer said.

“It’s about opening doors and showing them that they have all the support they need if they dare to be different.

"I wish someone would have showed me earlier how cool it is to be an engineer. I’m proud that I can the support younger generation with this programme."

The programme launches in Australia during a period of key interest in female participation in motorsport, with both Holden and Toyota looking to foster female driving talent.

Taylor is known to be on Holden's wishlist, and has expressed interest in a switch to circuit racing if it could tie in with her current commitments with Subaru's rallying programme.