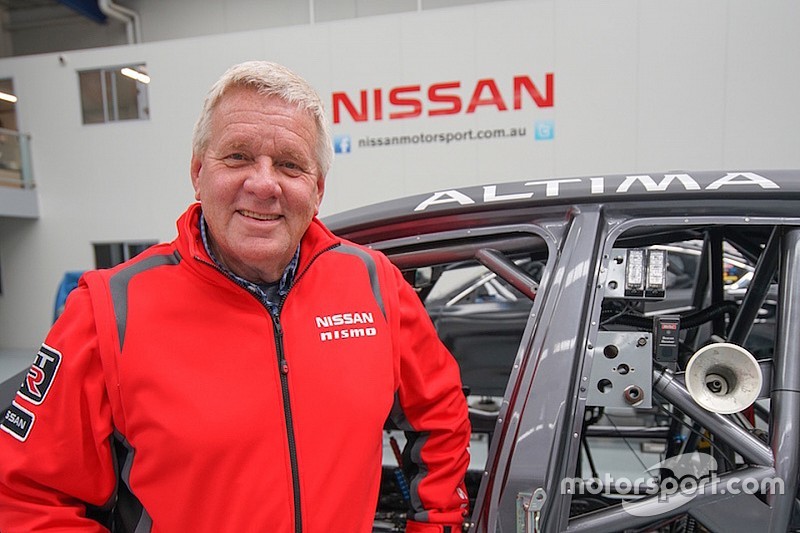 Ollila has taken up the newly-created position of Technical Director at the four-car squad, having arrived in Melbourne just before the Christmas break.

He joins Nissan following a long career in the US, which began with a stint on Team Penske's IndyCar programme in the 1970s and 1980s.

He is best known for a nine-year stint as Director of Aerodynamics at Roush Fenway, before moving to Richard Childress Racing and then Red Bull's NASCAR outfit.

Since 2010 he has worked as a CFD and CAD consultant.

"This is a new chapter for me, and I can’t wait to get started,” said Ollila.

“We’re not going to go to the racetrack this year with what we had last year. We won’t be better if we do that. Now that everyone is back onboard, it’s game on!

“The category is well done, and the cars are tightly controlled – I like that. The tighter you make the box, the more rules you throw at me, the more fun that I have.

"It forces you to look for that small advantage over the other guy.”

Ollila will oversee Nissan's engineering department, and will be on the ground for all rounds this season.

"It’s really exciting to have Nick in the team, as his CV speaks for itself,” said Team Manager Scott Sinclair.

“Nick is across the big picture stuff. He’ll be overseeing development because the team can get stuck in the rhythm of going racing.

"Nick has got a huge amount of experience in areas where we think we’d benefit, and we believe Nick will stamp his name on the car that arrives in Adelaide.

"He has already noted areas where we need to clean up a few things. From a racecar build perspective, we believe he will have an immediate impact.”

The appointment comes as the Melbourne-based team looks to hold on to its Nissan funding, with the current deal set to expire at the end of this season.

It is the sixth season with the Car of the Future-spec Altima package.