Supercars CEO Sean Seamer says the Gen3 regulations won't "dumb down" the series, despite a focus on cost containment and a move to more control parts. 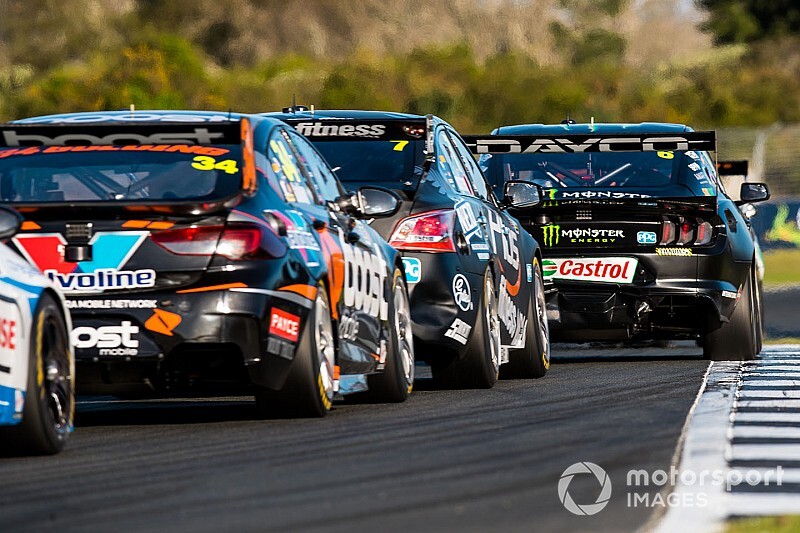 The category is currently working on its next major technical overhaul, a team led by former Bathurst 12 Hour event director John Casey developing the framework for the post-2021 era of Supercars racing.

With cost reduction a major focus, a move to even more control parts is expected as part of the Gen3 package – including a mandatory front-end package centred around control uprights.

There are also plans for a revised wheel spindle, which would allow teams to use electric rattle guns, rather than expensive pneumatic systems, when working in garages.

It will all follow the introduction of a control damper, which will come into play next season.

It could also help level the playing field, with the big teams unable to out-gun the others through costly R&D programmes.

The risk of an increase in control components, however, is a dulled engineering challenge – something that Seamer says the Gen3 team is aware it needs to avoid.

"There's certainly no intention to dumb it down," Seamer told Motorsport.com.

"We don't want to take what we've got and pull it backwards. But what we're saying is, can we make changes that maintain the show – or improve the show, like the tyres will – and save the teams money?

"That's what we're looking at from a technical point of view."

According to Kelly Racing boss Todd Kelly, the benefits of a control upright in terms of cost will outweigh the restriction of engineering freedom.

He's also not concerned about the category becoming too controlled, the former Bathurst winner satisfied there will still be plenty of set-up avenues to separate the really good teams from the rest.

"It's really enjoyable to design and make things and develop things," he said.

"It's really good for us, it's good for the engineers... but at the end of the day, everybody in the grandstand doesn't see any of that. There’s no benefit to it – and it costs us a huge amount of money.

"You still have the engineering of the cars and the tuning of the cars, which is what gets a team results. Getting all those things right is what achieves success, so I think the more controlled parts in the cars to make them cheaper and more sustainable, the better.

"We still have the ability to go silly with engineering the car and changing all the bits and pieces that don't cost a lot of money, to keep it satisfying in an engineering sense.

"Even the little bits and pieces you can do with chassis setup to alter the aerodynamics of the car, and springs and damper adjustments. There’s more than enough to confuse yourself even if you cut back a tenth of the things you’re allowed to adjust.

"There’s no reason why we should keep heading down that path."

The control upright move could have a negative impact on the sport's powerhouse teams, particularly Triple Eight, which also sells uprights as part of its successful customer programme.

However even T8 team manager Mark Dutton concedes that the introduction of control units is the right way forward, even if it means closing one of the team's avenues for a competitive advantage.

"It's probably a necessary evil, just to help contain costs," he said.

"Obviously we love having all of the freedoms in the world, but the tighter budgets become, the tighter you have to tie down the freedom. It's just a fact of life.

"There's still more than enough on the cars to be able to fine-tune things. Even little things that, if we went through and listed some of them off, you'd roll your eyes and think we're being boring.

Dutton added that T8 will try to use the introduction of control uprights to the advantage of its engineering business.

"We just have to be adaptable, that's the most important thing," he said.

"We want to be the team that supplies the control components as much as we can."