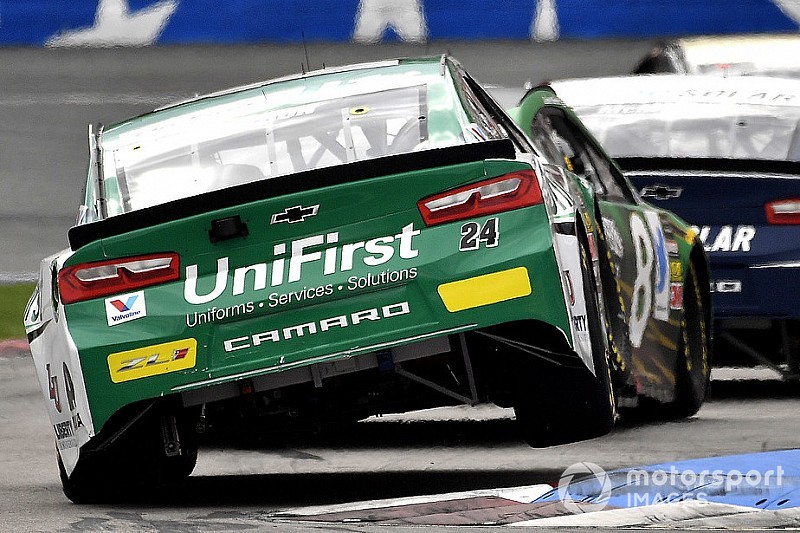 GM’s tick of approval will be ‘critical’ to Walkinshaw Andretti United bringing the Camaro bodyshape to Supercars, according to team co-owner Ryan Walkinshaw.

Rumours about the Camaro have been lingering in the Supercars paddock ever since the Ford Mustang announcement, with WAU considered best-placed ignite a battle of the American muscle cars thanks to Walkinshaw’s HSV road car business.

Over the Bathurst 1000 weekend news broke that not only is the Camaro genuinely on WAU’s radar, but that a second stage of planning has begun ahead of an introduction that could come as early as 2020.

That planning will initially determine the Camaro’s feasibility as a Supercar, which will ultimately be judged by Walkinshaw and his fellow team co-owners Michael Andretti and Zak Brown.

The buck will then stop with GM, which Walkinshaw says will have the final say whether or not the Camaro plan goes ahead.

“At the end of the day we haven't made the decision internally at all, contrary to some of the more suggestive headlines that have been out there over the [Bathurst] weekend,” said Walkinshaw.

“And we've got a strong relationship with GM, it's absolutely critical that we have their support and engagement and permission to do it. You know, at the end of the day we're not going to do something without their permission, and we've got a road car business relationship to maintain with them, so it's going to be their call as well.”

That business relationship is centred around the HSV brand, which is the official important of the road-going Camaro to Australia.

While GM’s approval is pivotal to the future of the Camaro Supercar, Walkinshaw says he’s yet to have any formal discussions with the company about tying his road car and racing businesses together through a common bodyshape.

“We've engaged with them, we’ve kept them informed of what we're doing. There’d be no need to go any further with that until we made an internal decision,” he said.

Walkinshaw is keeping his cards close to his chest in terms of timelines as well, refusing to lock down when the initial internal decision will be made.

“How long is a piece of string? The work's got to be done and we won't [make a decision] until we're confident we've done the work,” he said.

“At the moment, I’ve mentioned that if it was to happen, which is still a big if, we'd probably be looking at 2020 or 2021 because we want to give it the best crack possible. We want to run [the ZB Commodore] another year. That's a discussion we'll have internally, there's no drop-dead date at all.”

In terms of the team’s other co-owners, at least one should be easy enough to convince. Andretti, who was in Bathurst for the 1000, hinted that he’d support a move from the Commodore to the Camaro.

“We'll see what happens with that, but I think that'd be cool for the series,” he said.

“You see the Mustang out there, it's pretty natural to have a Camaro going up against a Mustang. But I don't know what's going to happen with that.”

Trucks boss hits out at CAMS after court ruling

Unique Ricciardo Supercar up for sale