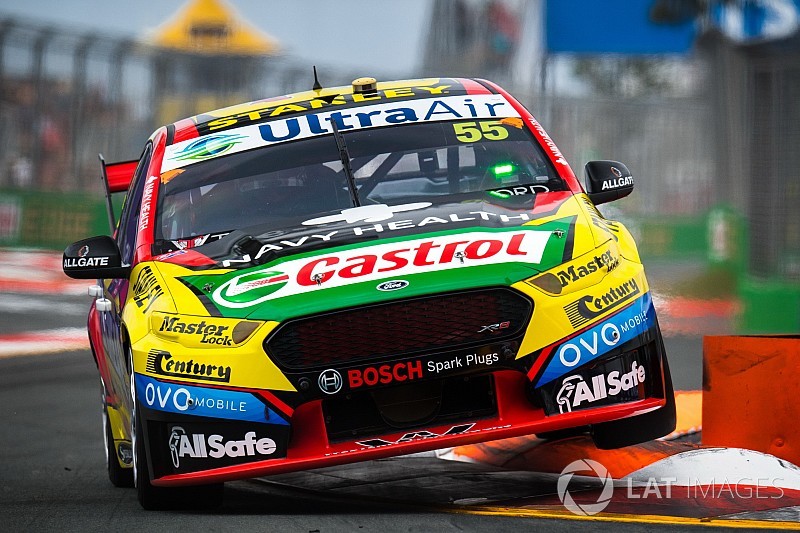 Prodrive Racing Australia's Chaz Mostert led the way in the first bit of on-track action of the weekend from Surfers Paradise.

Will Davison jumped to the top of the charts in the early going at a 1:12.59, but that was quickly lowered as leaderboard shuffled rapidly during the 30-minute practice session.

The DJR Team Penske duo found their way to the top of the time sheets with Scott McLaughlin leading the way after ten minutes with a 1:11.8059.

Shane van Gisbergen pipped McLaughlin at the twelve-minute mark however with a 1:11.8059, which he later improved to a 1:11.2823. He remained at the top until four minutes remained in the session when Michael Caruso launched to the top of the board with a 1:11.1445.

But just a minute later, it was Mostert who rocketed up to P1, narrowly missing out on dropping down into the tens with a 1:11.2823 lap.

With one minute and seven seconds to go in the session, Mostert's place atop the leaderboard was secured when Simona de Silvestro found the wall in the final corner, ending the session. She is one of five rookies making their first start in the Gold Coast 600 this weekend.