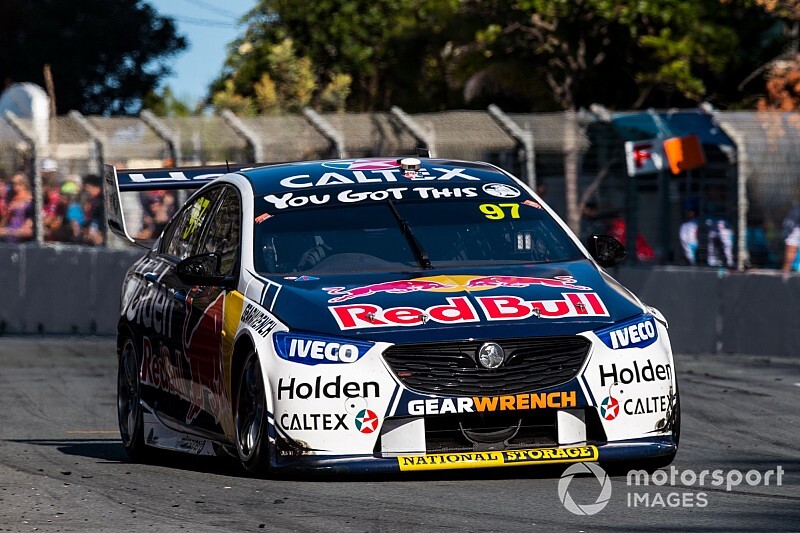 Despite locking his rears into Turn 11 the Kiwi was up to the task, a 1m10.208s giving him and Garth Tander the upper-hand on an all-Triple Eight front row.

“I locked the front [at Turn 11] yesterday so we had a bit more rear bias today and I almost did the opposite, but it worked out pretty good,” said van Gisbergen.

“Crazy emotions this morning with Scotty’s crash and seeing what can happen when it goes wrong, same with Chaz yesterday.

“You’ve got to put it on the line here, but when you get it right it does reward you.”

Will Davison was the best of the Mustangs, the Tickford driver improving on his regular qualifying performance with third.

David Reynolds made a four-spot lead to end up fourth, followed by Lee Holdsworth, James Courtney and Scott Pye.

Cam Waters will start the race from eighth after straight-lining the beach chicane and not setting a time.

“We’ve got a fast car but I just over-cooked that chicane a little bit,” he said.

“The car hiked up and it was game over from that point. I could have tried to make it but it was better to try and have a straight car for the race.”

Anton De Pasquale, who ran first, will start in ninth after being pinged with a kerb strike on his lap.

The outside of the fifth row will be left vacant thanks to the Scott McLaughlin/Alex Premat car being withdrawn after McLaughlin's nasty qualifying crash.

McLaughlin ruled out of Sunday race, surprised by crash