James Golding will partner Mark Winterbottom for the Supercars endurance races next year. 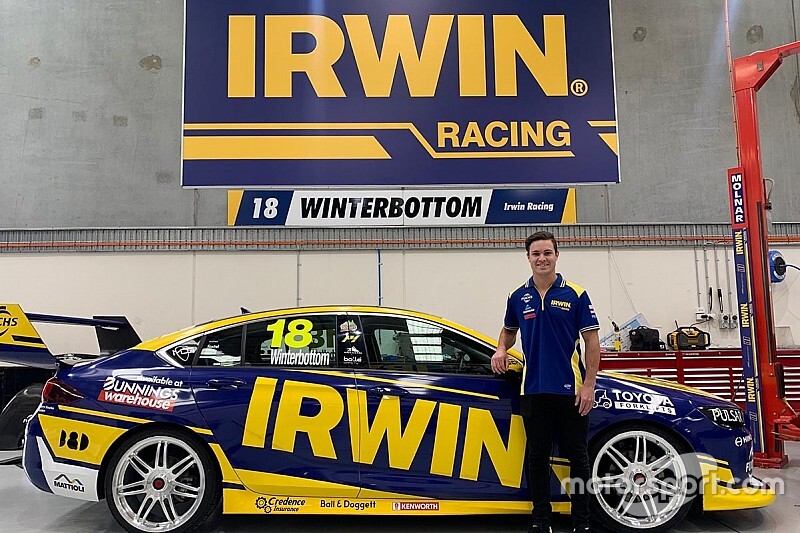 Golding was left without a full-time seat for 2020 when Garry Rogers Motorsport elected to shut down its Supercars programme at the end of this season.

However he's landed a plum enduro drive, the 23-year-old set to replace Steve Richards in the Team 18 line-up alongside 2013 Bathurst 1000 winner Winterbottom.

"I am very humbled to be given the opportunity to drive with 'Frosty' at Team 18," said Golding.

"This was a very tough decision for me to step back from full-time driving, but I feel like it was the best decision for my career to put myself in a good team environment with lots of potential to show my worth at the top level in Australia.

"After a tough season in 2019 with Boost Mobile Racing, I am looking forward to a fresh start working alongside Mark at Irwin Racing in what I believe will be a strong pairing come the endurance season.

"After having strong performances at Bathurst over the past two seasons, that will be a race that I'm really looking forward to."

Golding added that he'll be looking for a full-time Supercars return in 2021.

"This won't be my only racing for 2020, I will also be staying sharp through driving in other categories," he said, "so come the end of the season I am well and truly prepared to make that step back into a full-time seat."

“It's great to have James on board, he's an up-and-coming Supercars driver who we had an eye on early in the year," he said.

"James had a tough season this year and a bit of bad luck, but we are sure he will be a great partner for Frosty in 2020 and they will make a great pairing come the enduro season."

Scott Pye's enduro partner will, according to the team, be confirmed later this week.