Grand Tour TV series test driver Abbie Eaton will head to Australia at the end of the month in a bid to forge a career in Supercars. 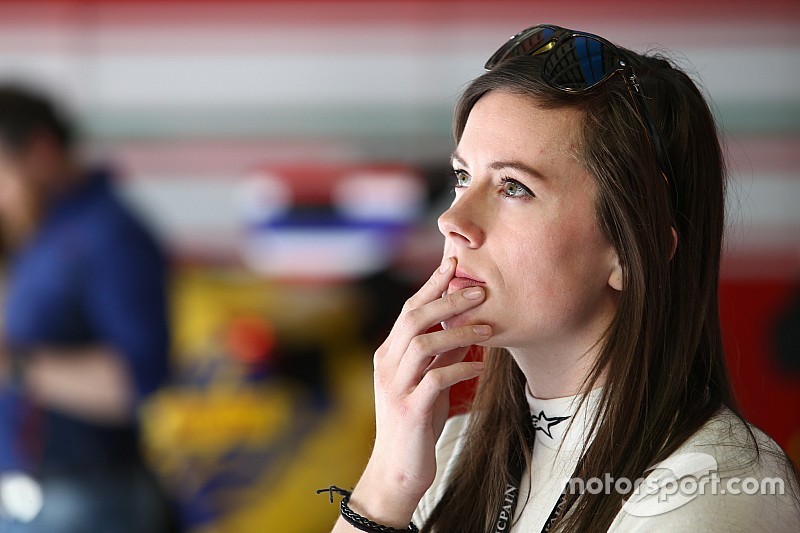 Eaton has raced sporadically this year while working on The Grand Tour alongside Jeremy Clarkson, James May and Richard Hammond.

The 26-year-old won the hotly-contested British Racing and Sports Car Club’s Mazda MX-5 SuperCup in 2014 before outings in the likes of British GT in the UK.

Last year Eaton won her class twice in a Ferrari 488 GT3, taking the Am class in the Blancpain GT Series at Monza and the 488 Challenge at Donington Park.

This year she has driven a 1983 Holden Commodore V8 Supercar replica owned by her father, Paul, in historic meetings.

Current Supercars points leader Scott McLaughlin has come through the Super2 Championship and won the series in 2012.

Eaton hopes taking on the seven-round Supercars feeder series will launch a career in the country.

She will head out for a month and visit the final round of both Australian series, at the Newcastle Street Circuit on November 23-25.

“It’s all been worked on throughout this year,” said Eaton.

“I have two Australian managers out there, Jo Gardner and Peter Doulman, who have been involved in Supercars for years, one of them has come out of retirement just to help out.

“We’ll go for a test and if it is successful, the plan is to hopefully do a year of Super2 next year, or work towards doing that.

“It’s top secret, if I tell you where we’re testing you’ll know what team I’m testing with.

The Hull driver has always had a passion for Australia’s most prestigious tin-top series, and could move out there next year in a bid to improve her chances of success.

“I watched it as a kid, it’s one of those championships that if it’s on the TV, you can’t just walk past it,” added Eaton.

“The cars are really difficult to drive and it takes a lot of skill to get the most out of them. There’s no aids, you’re driving through your bum.”

A third season of The Grand Tour is yet to be confirmed.