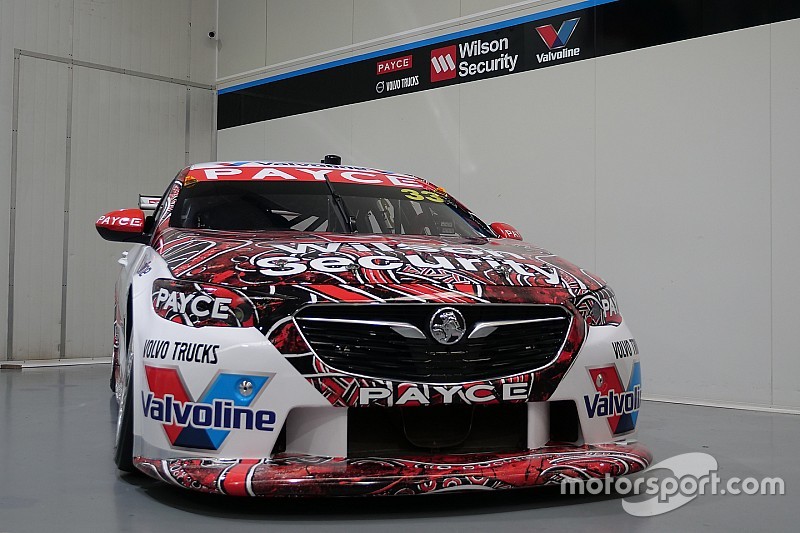 Garry Rogers Motorsport has unveiled its special indigenous livery ahead of this weekend's Supercars round in Darwin.

For the second year running GRM has rolled out a livery inspired by Aboriginal artwork, as the team helps main sponsor Wilson Security promote its Reconciliation Action Plan programme.

Like last year, the artwork was created by Hazel Cowburn, and will run on the two GRM Holdens for the Darwin, Townsville, and Queensland Raceway rounds, to align with NAIDOC Week in July.

"To be totally honest I was a little sceptical last year with our involvement and being the public face for Wilson Security with the Reconciliation Action Plan (RAP)," said GRM team owner Garry Rogers.

"This scepticism wasn’t because I didn’t think that there was merit in the RAP, it was because I didn’t want to be another 'do-gooder' who blows in for five minutes and then thinks 'I’ve done my bit͟.'

"Yet again, Auntie Hazel Cowburn has produced a painting that has been recreated on our race cars that tells a very inspiring story of her mother. Thank you!"

The Darwin Supercars rounds kicks off in the Top End on Friday.