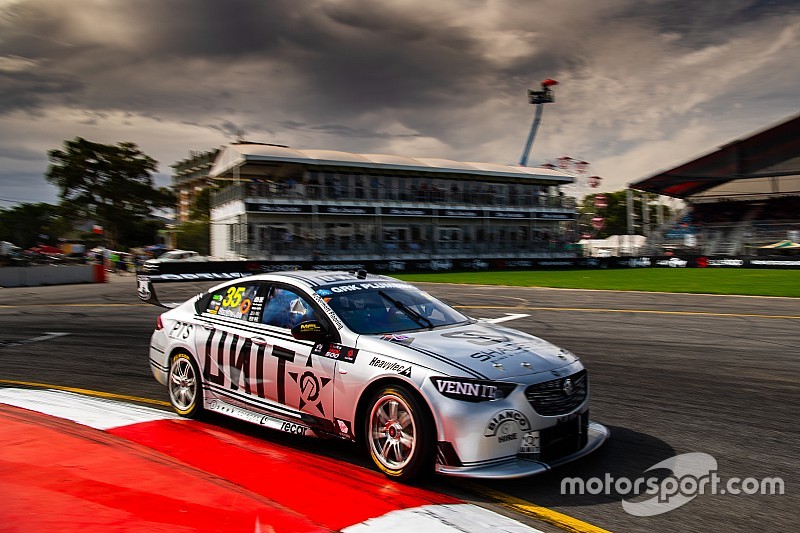 Todd Hazelwood says his breakthrough weekend in Adelaide will help him bounce back from a 'bruising' rookie season in Supercars.

The 2017 Super2 champion endured a difficult rookie campaign with the single-car Matt Stone Racing outfit last year, finishing last in the points with a best race finish of 13th.

He even resorted to a mid-year car switch, going from a DJR Team Penske-built FG-X Falcon back to the VF Holden Commodore that he won the second-tier series in.

The likeable South Aussie is now on to his third chassis as a Supercars full-timer, moving into an ex-Jamie Whincup ZB Commodore as part of a new technical alliance between MSR and Triple Eight for the 2019 season.

And it's already paying dividends, Hazelwood impressive at his home race with what was a career-best 12th in Saturday's race, followed by a first-ever appearance in a Top 10 Shootout on the Sunday and a new best finish of 10th in the race.

"To be honest, we're pretty relieved," he said.

"We've put a lot of work in the off-season, and for it all to come together and pay off is the ultimate reward for the whole team at MSR.

"Look, last year was pretty bruising for me, but at the same time I learned a lot over the off-season, and I had time to reflect on what I needed to work on.

"I feel that this weekend, everything that I've put into place is starting to come off.

"It's pretty cool, and obviously to have [Jamie] Whincup in my tail in the whole of that first stint [on Sunday], and a lot of fast cars in front of me too, it's refreshing to be racing against those guys who race hard but fair.

"It was a pretty surreal moment, but also I think it really got the most out of me as well. It was a tough weekend physically and mentally, so when you're racing those sorts of guys, that's what really gets the most out of you."

According to Hazelwood the Triple Eight deal is already paying off, and, thanks to pace in Adelaide, not just in a one-way sense.

"Being the first Triple Eight car in qualifying was pretty cool, and I think that just helps the whole relationship moving forward with Triple Eight, because obviously they're helping us extensively but also to try and help them in return is a great thing," he said.

"I think the best thing about the Triple Eight alliance is that we work together as one big team, and the way the whole programme's set up makes it really efficient.

"It's beneficial for a team like us, where obviously I don't have a teammate, I've only got two engineers, so being able to have access to two of the best guys in the business, and arguably the best team in the pit lane, is really helpful."

The icing on the cake for Hazelwood was his spot in Sunday's Top 10 Shootout, a single-lap dash a brand new experience for the young driver.

"I was pretty happy with my lap, unfortunately the lap time didn't really show it, but we'd just been struggling all weekend to get the tyre to turn on in the first half of the lap when the car's cold, so I think we did the best with what we had.

"To do it in front of the home crowd here in Adelaide was even sweeter, so it took a while for me to get my head around what I was preparing myself for.