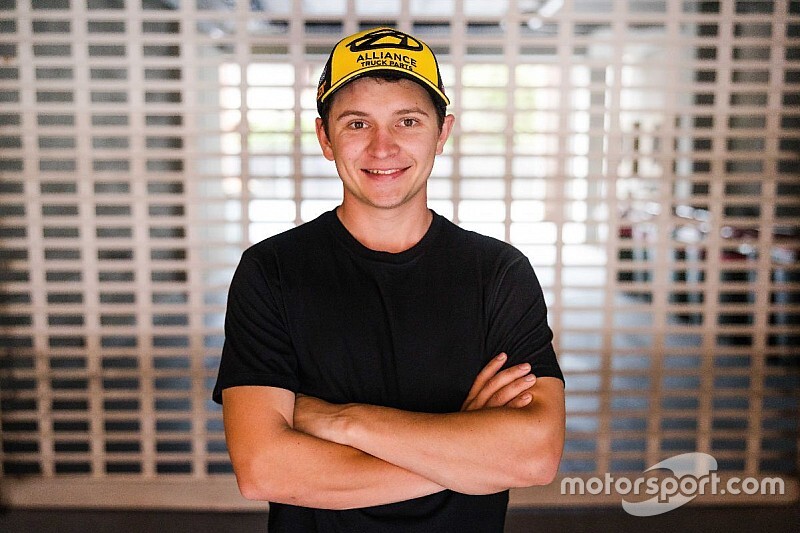 The 24-year-old will join a four-car BJR line-up alongside Nick Percat, Macauley Jones and Jack Smith.

The deal comes off the back of a two-year main game stint as a single Matt Stone Racing entry, which started a year after Hazelwood and MSR secured the Super2 title together.

It's also a return of sorts, Hazelwood having teamed up with Tim Blanchard for the enduros back in 2017 – which included the infamous Sandown rollover.

“I am very proud to announce that I will be racing for Brad Jones Racing in 2020," said Hazelwood.

"This is an amazing opportunity for me, and I’d like to thank Brad [Jones], Kim [Jones] and the team for believing in my ability and seeing the value in what I can bring to the side. This is the next step in my career, and I’ll be giving it everything I have.

“I’m looking forward to the future and what we can all achieve working together. I can’t wait to start preparing for the year ahead and line up on the grid come Adelaide with the BJR crew.”

Brad Jones added: “I have known Todd since he was a junior go-karter and I have watched him develop over the last 10 years. I’m excited at the prospect of him joining BJR. He is a Super2 champion and heading into his third year in the main game.

"I feel like we will be in a good position to fight for podiums moving forward.”

Hazelwood has long been linked to a BJR move, the deal all but made official on Sunday evening when Slade, fresh from finishing third in Newcastle, announced that he won't be with the team for 2020.

The two-time Supercars race winner is likely to end up in a top enduro drive, which would be complimented with an overseas GT programme.

MSR, meanwhile, will expand to two cars, with the expected driver line-up including Garry Jacobson in one Holden, and two drivers sharing the second, Kurt Kostecki and Zane Goddard touted as candidates.